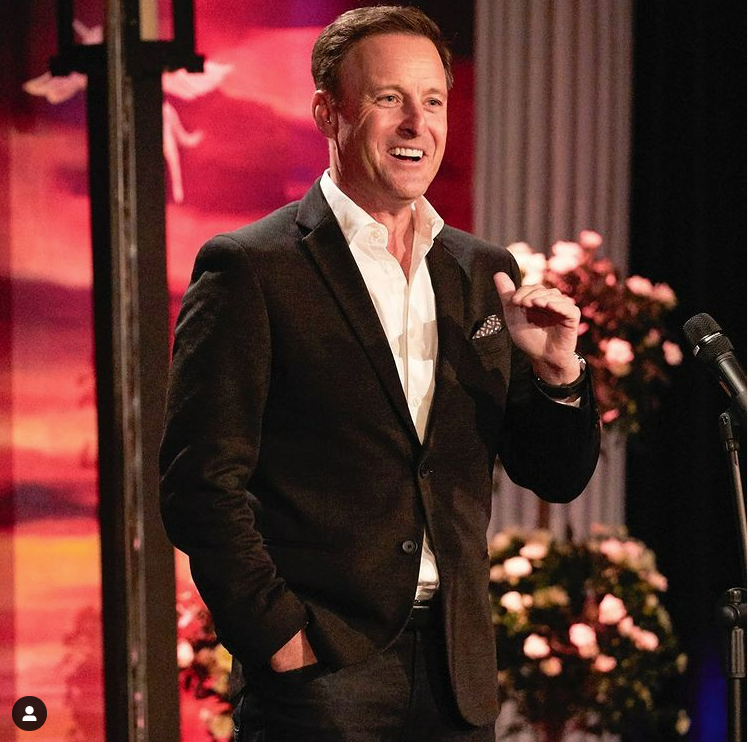 There’s a different vibe on The Bachelorette set. For the first time in Bachelor history Chris Harrison did not perform hosting duties. The racism issues that surfaced during Matt James season forced Chris to step aside for an unknown amount of time. The result of that decision will be seen by fans when The Bachelorette premieres on June 7.

Different vibes exist without Chris Harrison on The Bachelorette

Producers worked fast to make decisions regarding who would host Katie Thurston’s season of The Bachelorette. They ultimately chose former leads to have the honor. Tayshia Adams and Kaitlyn Bristowe were named co-hosts for Katie’s season.

Us Weekly shared what different vibes existed as a result of Chris not being there. A source close to the situation said, “There were a lot of very last-minute changes.” They continued,  “It’s a different vibe. Chris was the glue that holds it together. He’s like the father figure to everybody. He’s someone everybody knows and respects and truly loves.”

Another inside source said the following,  “Some crew have been with him since the beginning so it’s just a weird feeling not having him around after almost 20 years of working with him. People might not realize how involved he is with filming, but he plays a huge role on the show and behind scenes. He’s on set 24/7 and keeps everything together.”

They also shared the vibe was different because Chris always interacted and helped out when he could. They noted Tayshia and Kaitlyn do their own thing when not filming. The source said, “He was interacting and mingling with everybody because he knew a lot of people.” They continued,  “It’s different just having the women as cohosts since they don’t know everyone as well.” 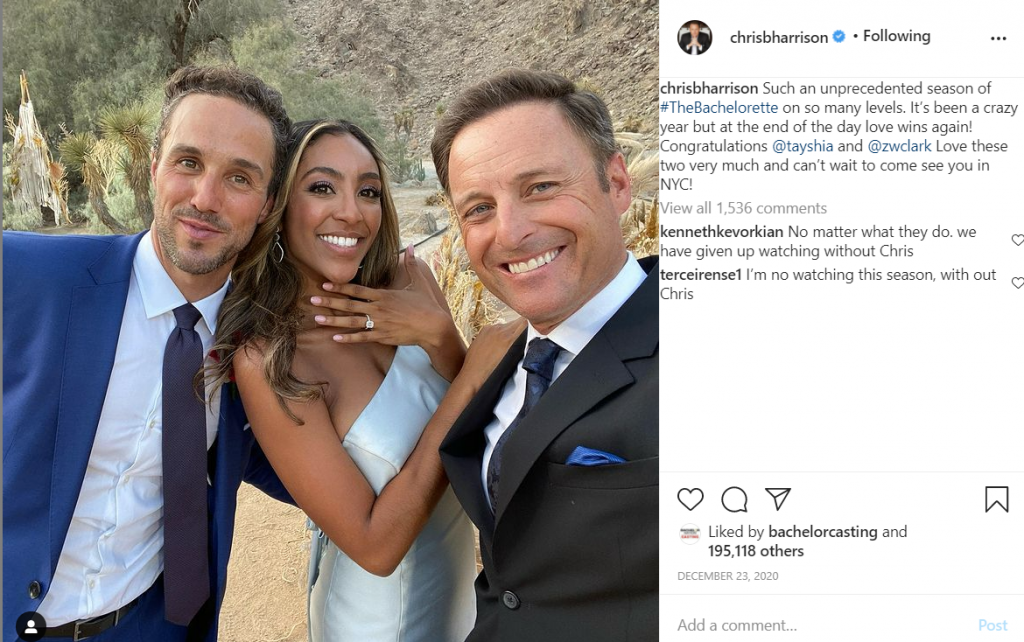 Tayshia reveals she spoke to Chris

Tayshia Adams shared with the world that she spoke to Chris before the co-host announcement. She said he was very kind and congratulated her. Sources also shared that many crew members have been in touch with Chris as well. They noted how missed Chris remains on set.

There is still no word when or if Chris will return to the franchise. Next up for filming in Bachelor in Paradise. Following BIP, Michelle Young will film her season of The Bachelorette.

Stay tuned for more updates as filming for Paradise gets closer.