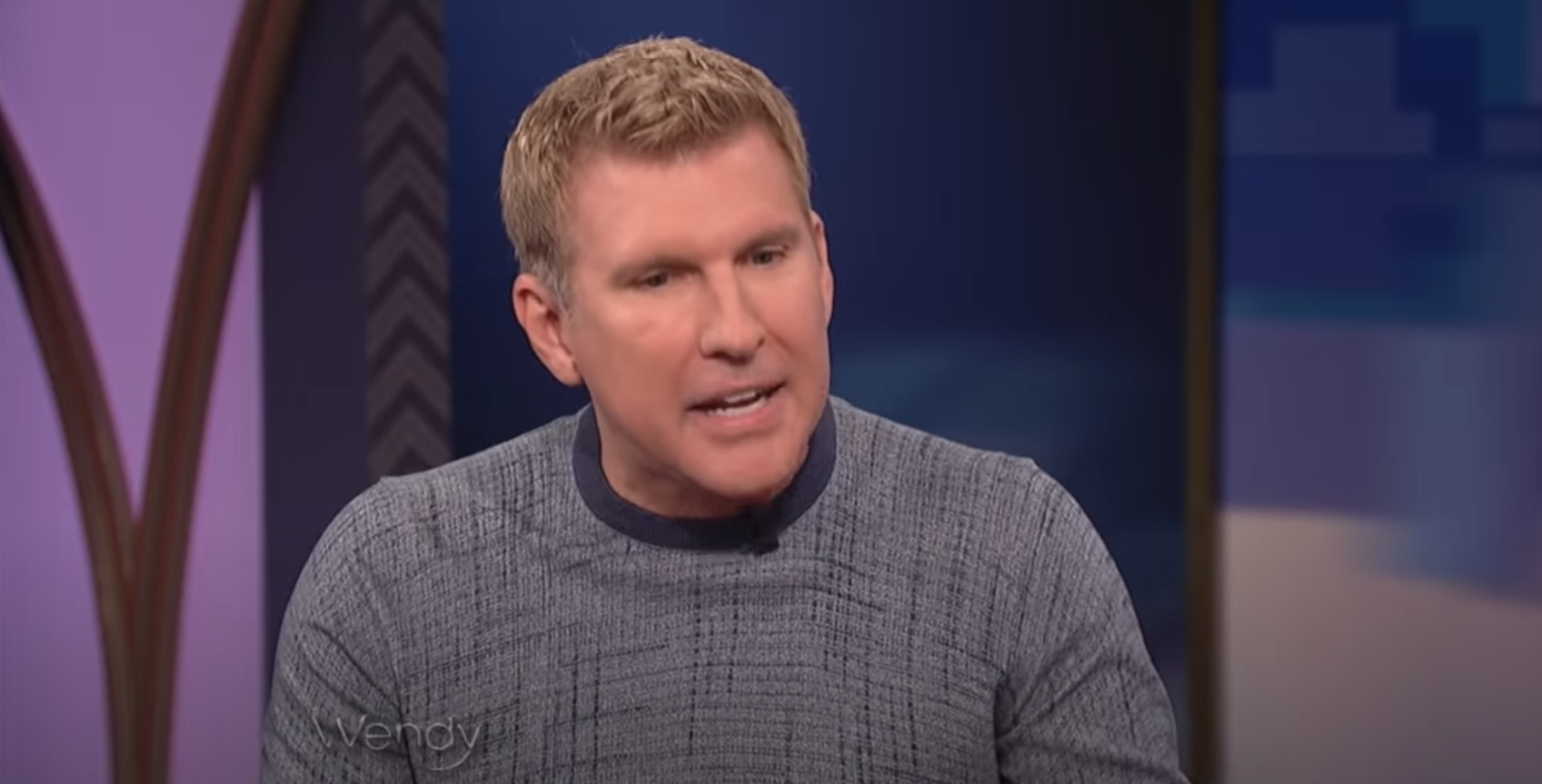 Chrisley Knows Best Todd Chrisley previously shares that he is going to share the audio clips that were evidence in his Georgia Department of Revenue trial. Not only that, but he also intends to post photos so that the listeners can put faces to voices.

In a recent episode of the Chrisleys’ podcast, Chrisley Confessions Todd Chrisley puts his accusers on blast. When explaining the logistics about how he intends to release everything on social media, he seemingly acknowledges that he is walking a thin line. Todd shares, “I want to make sure that I do this verbatim because I know that they are looking for me to mess up.” Next Todd assures listeners that he’s “not going to mess up on this.” Furthermore, he shares that he’s going to “quote verbatim what Katie Vancil says.”

True to his word, earlier today, Chrisley Knows Best patriarch, Todd Chrisley takes to Instagram to release an audio recording that was likely used as evidence in his trial with the Georgia Department of Revenue. Surprisingly, Todd makes a case that this doesn’t just involve the Chrisleys that this “should concern every taxpayer in the state of Georgia.”

What all is happening at the Georgia Department of Revenue? Todd Chrisley releases audio clips

Then, Todd goes on to quote the recordings. He also provides this information in the caption of the record he released. The caption reads, Katie says: “And I was like, again, it was a different situation, like COAM, I was giving returns to Lambros and changing returns based off of Lambros’ numbers. That doesn’t warrant a binder. That’s not research.”

For many, it is hard to tell what the means. Luckily, Todd Chrisley offers an explanation. From what Todd explains, Vancil has access to Georgia taxpayers’ federal and state tax returns. “She was giving these returns to Michael Lambros.” Todd lets listeners know that Lambros is an attorney at the Georgia Department of Revenue that “was partners with Joshua Waites.” It doesn’t stop there. Todd further alleges that she was changing those returns “based off of numbers that Michael Labros was giving her.”

Shockingly, Todd Chrisley goes on to state that Vancil is still employed by the Georgia Department of Revenue. Todd goes on to say that in her statement in court, she says she’s “a puppet for Josh Waites.”

Does it surprise you that Todd Chrisley is putting so many people on blast? What are your thoughts on what we know so far? Let us know in the comment section below. Come back to TV Shows Ace for more information as the Chrisley and the Georgia Department of Revenue drama unfolds.