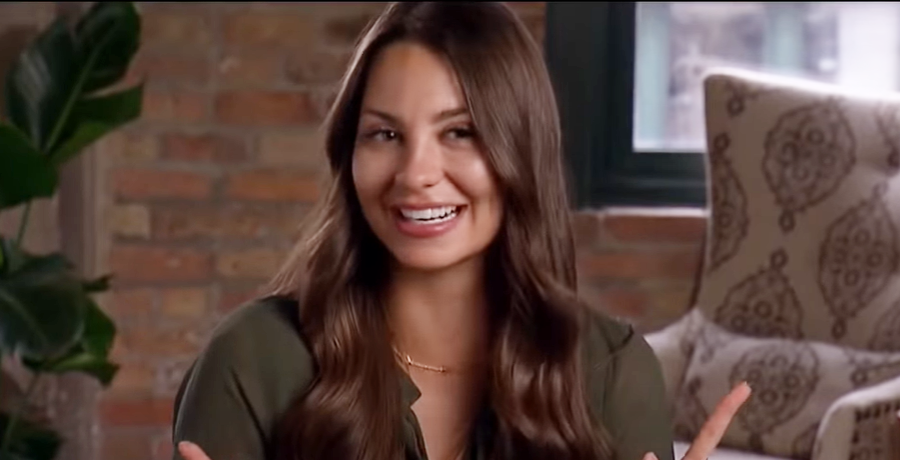 Kelley Flanagan is clearly sending a message on TikTok, but the question is, who to? Flanagan and Peter Weber split after trying to make a go of it after his disaster season. Standing out as one of the more ‘mature’ contestants on his season, Kelley wasn’t there for the drama.

After he ended his engagement to Hannah Ann Sluss, split from Madison Prewett, and became single again, they decided to try again. In the end, it wasn’t meant to be. Peter moved to NYC to start a podcast with his Bachelor bestie. Kelley posted a TikTok today where she ate a salad and let a song with a very clear message play in the background. Who was the intended target?

Who Did Kelley Flanagan Send The Message To?

The song Kelley Flanagan played and lip-synched to was, “F***boy,” by Dixie D’amelio. The reason fans are torn about who she’s sending the message to is that Bennett Jordan has shown interest in her. He even spoke to Peter Weber about his ex. He said when they met, he immediately, “addressed the elephant in the room.” Bennett fell in love with Tayshia Adams on her season, fought with the much younger Noah Erb, and misspelled limousine despite bragging about Harvard, often.

The main reason he’s interested in Kelley is for her brains, so he says. Bennett also said their storylines for their seasons played out in a similar way. Bennett being a self-proclaimed man amongst boys and Kelley similarly not understanding why Peter wanted the drama.

Fans Want To Know Who It Is

Fans of Kelley Flanagan and Bachelor nation have different opinions about who she’s sending a message to. They commented on her TikTok trying to figure it out. One fan said, “you have been way too smart and pretty for that boy from day one.” Another said, “if this is about Peter there were 17 red flags.” A third said, “you were like his fourth choice, so.”

Another fan said, “I don’t think Barb will approve this video,” talking about Peter’s mother. Peter and Kelley met before the show. She has said they didn’t hook up, but several fans think they did. It became a big deal that they met before amongst the other girls on the show. There was also a rumor Kelley was seeing someone else after splitting with Peter. Bennett said he was aware she was dating someone in secret, but he was still interested.

Those who think it’s about Bennett also commented. One said, “everyone thinking this is about Peter when it’s really about Bennett.” Fans really ship Bennett and Kelley together. Who do you think the message is for Peter or Bennett? Comment with your thoughts below.