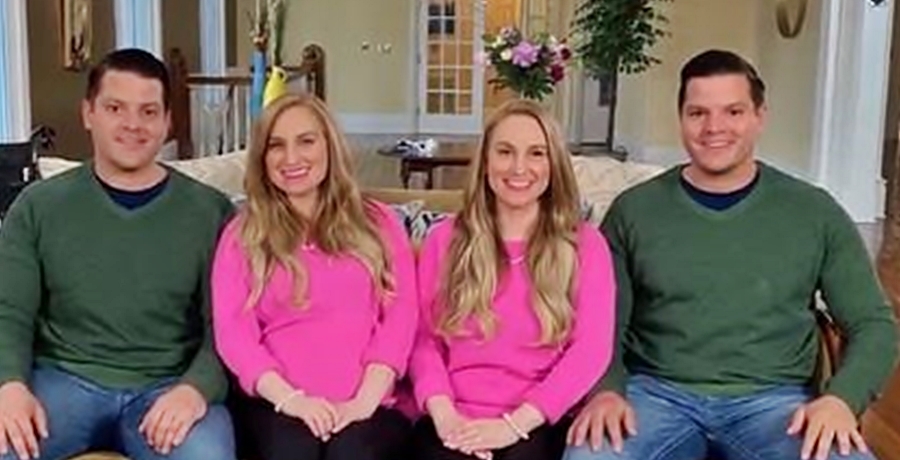 Extreme Sisters Brittany & Briana are in the new TLC show that premieres on April 25. They are already in a TLC spinoff, which might explain why they look a bit familiar. The twins married twins and they already produced children who are fully related. Living in one home, the two couples complain of a lack of privacy, which seems a bit odd as they put their hands up for more reality TV. However, it probably means that they struggle with privacy in the home.

When the new show arrives, it features Anna and Lucy, Brooke and Baylee, Brittany and Briana, Christina and Jessica, and Patrix and Patricia. All of these sisters seem every bit as obsessive about each other as the moms in sMothered and I Love a mama’s Boy. Actually, if possible, fans should expect a few jaw-dropping moments that outdo even those two shows. The new show dropped some teasers that showed one duo who share the same boyfriend in a sort of Sister Wives crossover.

Extreme Sisters Brittany & Briana feature alongside Anna and Lucy. Anna and Lucy live in Sydney, Australia. They do so much together that they even date the same boyfriend and they all share the same bed. They can’t marry as it’s illegal, so they live together. Taking it a notch higher, the two women who dress the same even demand the same dental treatment from their shocked dentist.

Other cast members go to the toilet together and meditate there. Meanwhile, another duo doesn’t mind sharing underwear and taking a bath while the other one perches on the toilet doing their business.

Extreme Sisters Brittany & Briana chatted with ET and reminded the outlet that they were previously featured in TLC’s Twinsane Wedding. The identical twins married identical twins during a double wedding. While their episode aired in January 2019, they married in August of 2018.  At the time, People Magazine noted that people found them rather odd as after the wedding they planned on living as one happy family. After they married, they both fell pregnant at the same time. Interestingly, their children are full “full genetic siblings from identical twin parents,” ET noted.

Extreme Sisters Brittany & Briana continue their story as they raise the two children and move into a large home. One issue they deal with focuses on privacy. As they previously filmed for TLC, fans might assume they know that reality TV seems a bit invasive. Nevertheless, they opted for it once more. Possibly, they also attract a lot of attention because of their dual lifestyle. Plus they talk about privacy issues between the two couples under one roof. The identical twins hoped for marriage with other identical twins. Luckily, they found Josh and Jeremy who vowed they’d marry twins or, not at all.

Extreme Sisters Brittany & Briana sound interesting rather than freakishly weird, so TLC fans might enjoy watching them in the new show.