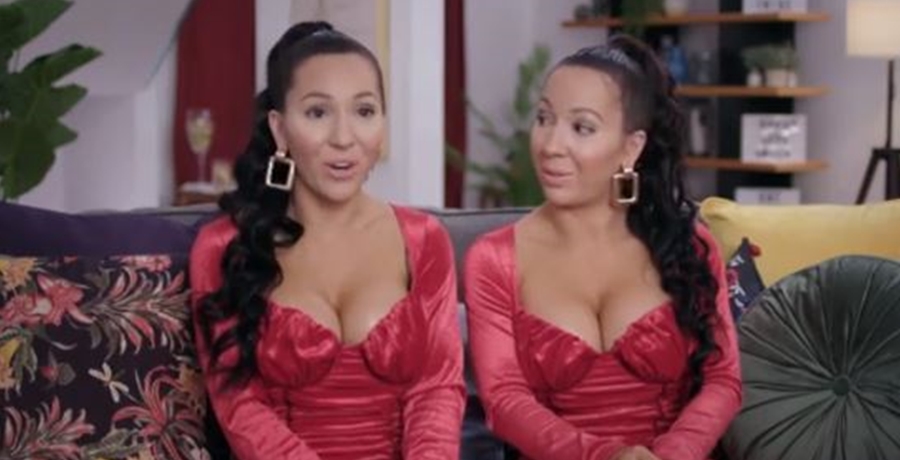 Extreme Sisters premieres on TLC on April 25 and the show just released a new teaser about Anna and Lucy. In a sort of Sister Wives crossover, they share the same boyfriend. Plus, they go to the dentist where both of them want their tooth extracted. This show seems rather like sMothered, mixed into I love a Mama’s Boy, only weirder. Fans who saw the teaser reacted and as you can imagine, some of them think it’s just way too extreme

The new show from TLC brings Anna and Lucy, Brooke and Baylee, Brittany and Briana, Christina and Jessica, and Patrix and Patricia. All of these duos are sisters with an extreme attachment to each other. Incredibly, their cloying and close attachments seem even more extreme than other shows on the Network. In an early trailer, fans saw that one set of sisters look identical and they share life with their identical twin husbands. Others share the same underwear, and other examples include going to the toilet at the same time while meditating.

The preview teaser for Sunday night’s episode of Extreme Sisters focuses on Anna and Lucy. They come from Sydney, Australia, and do everything together. They finish each other’s sentences, speak the same words at the same time, and look alike. Taking things even further, they share a boyfriend. He says he’d like to marry both of them. However, it’s not legal. So for now, they share kisses and cuddles outside of the law in a sort of Sister Wives crossover.  These women seem way over the top, fans agree.

In the teaser for Extreme Sisters, fans see that Lucy and Anna visit the dentist. There, because one of them needs a tooth out, the other one also wants hers out. He sounds incredulous as they explain that they must always “look the same.” Well, potential fans of the new show also seemed incredulous. In fact, this time, perhaps TLC finally weirded them out completely. In the comments section on Instagram, some fans complained that TLC needs to stop with weird people.

Extreme Sisters Anna and Lucy might seem really weird. However, another duo who fell pregnant actually shaved each other’s butts, Access TV noted on Yahoo. For many fans, the show seems unedifying, unwholesome, and unlikely to change the world for the better. Notably, that’s not the intention of the network. They like sharing stories about people who live outside the norm.

What are your thoughts about Extreme Sisters? Are you looking forward to the show? Or are you done with shows that bring such strange behavior? Sound off in the comments below.