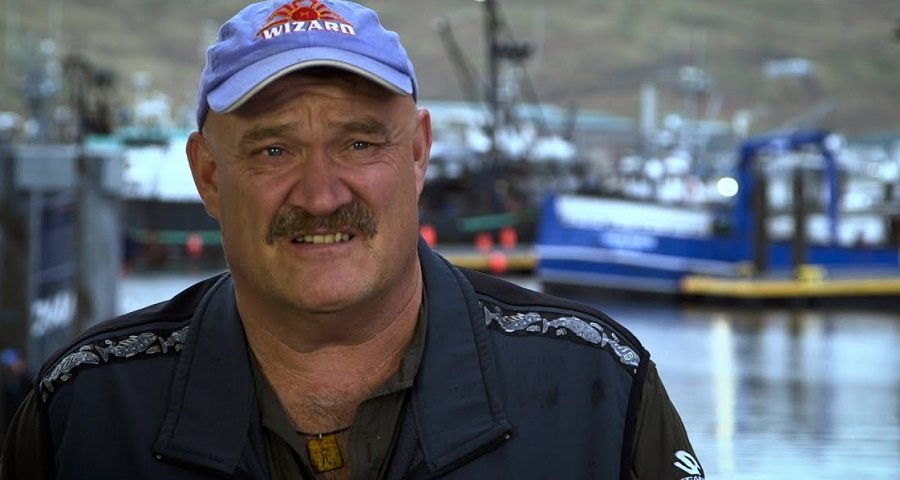 Deadliest Catch Season 17, Episode 2 spoilers reveal Captain Scott Campbell, Jr. of Lady Alaska leaving a gift with a “love note” for Captain Keith Colburn of FV Wizard. As those who have watched the Season 17 Premiere know, the duo clashed pretty early on. Captain Scott acquired what was about as close to survey information as they could get on the crab because of COVID. He offered to share the information with Captain Colburn. But, he wanted Keith to help with some of his crab quota.

Keith clarified this meant Junior was basically asking him to pay for what might be good information on where to find crab. But, he didn’t even know if he could trust the information. Moreover, he really didn’t want to pay for it. Junior ended up insulting Keith’s boat as a “rust bucket” before returning to his truck a bit upset. He noted he believed Keith was making a huge mistake. Moreover, he wasn’t sure the rust bucket was capable of catching crab anyway.

Keith Reconsiders The Deal: Is He Working With Junior?

As we move into the second episode of Season 17, Captain Keith is feeling the heat. Each and every captain understands the importance of meeting and exceeding their quota. They also seem to understand the importance of working together. If they just tell each other where to find crab… They can save the fishery…. Otherwise? Well, there might be a two or three-year ban on crabbing.

Keith ends up reaching out to Junior to try to make a game plan. Junior gets very blunt with him during the conversation. He notes he doesn’t have time to play around. If Keith wants in on the information, he wants to trade for some quota. Keith hesitantly agrees to it. But, he knows there is a good chance Junior is just going to backstab him.

As we previously reported, Keith has a bit of a hiccup in the form of a boat wreck while trying to get more bait. Fortunately, the damage was minimal and they were able to get right back to searching for crab. After Keith had a moment to calm down of course.

Deadliest Catch Spoilers: Do They Work Out?

Captain Colburn continues to have rotten luck pulling up crab. So, he decides to reach out to Junior to regroup. He calls and calls and calls. Unfortunately, Junior is not answering him. This doesn’t bode well for the partnership. Eventually, Keith decides Junior was never serious about it and they aren’t working together.

The episode comes to an end with Captain Junior leaving a gift on one of Keith’s crab pots. He also puts a love note in a plastic bag for him. In the note, he pens that he’s thinking of Captain Keith. And, the gift? He includes a can of aerosol rust remover. Captain Keith does see the humor in the gift. But, he still thinks Junior is a jerk he can’t trust.

You can check out Season 17, Episode 2 on discovery+, or tune in next week when it airs on Discovery.  Keep coming back to Tv Shows Ace for the latest Deadliest Catch spoilers and news.