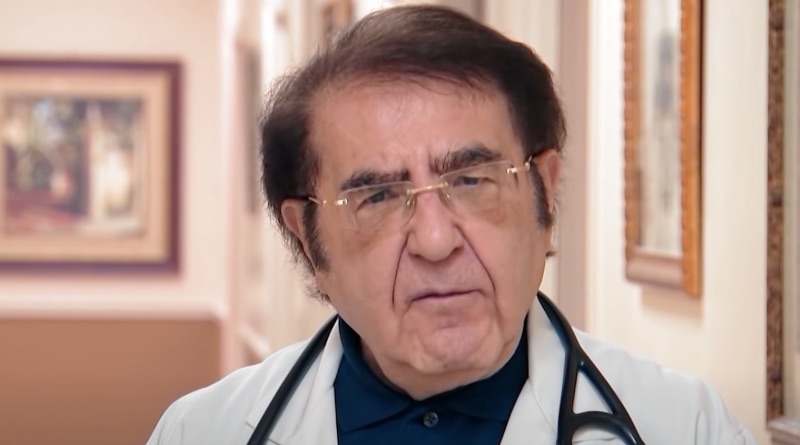 My 600-lb Life celeb Dr Younan Nowzaradan is the man behind the widely popular TLC show. But is he still performing surgery at 76?

My 600-lb Life follows patients around the country that are in dire need of Dr Younan Nowzaradan’s help. By the time cast members make it to Houston, the situation is dire for them. Meanwhile, more often than not, Dr Now is the last hope people have to turn their lives around.

Even though My 600-lb Life watchers tune in to see the amazing weight loss transformations, many watchers tune in just for Dr Now. The good doctor pulls no punches when talking to his patients. He tells it straight and doesn’t sugar-coat anything. He stresses the severity of the situation. And that honesty is something many watchers find endearing about him – even if his patients don’t always want to hear it.

Losing weight and making a drastic lifestyle change requires more than just a positive mindset. Luckily for Dr Younan Nowzaradan’s patients, he has them covered. His My 600-lb Life diet is widely popularized on the transformation show. Meanwhile, as watchers know, it works.

Dr Younan Nowzaradan keeps his patients on a strict 1200 calorie diet. In some extreme cases, he dials it back even further to 1000 calories. Meanwhile, with all the health advice he gives his patients, it’s clear Dr Now takes his My 600-lb Life advice to heart.

At 76 years old, the My 600-lb Life doctor is still going strong. Meanwhile, it’s clear that he practices what he preaches when it comes to maintaining a healthy lifestyle as well.

By 76 years old, most people are busy enjoying their retirement. But that doesn’t seem to be the case for the My 600-lb Life doc. Dr Now has been practicing medicine since he graduated from the University of Tehran back in 1970. Meanwhile, in addition to filming for the TLC show, he still performs surgery – beyond what watchers see on the show.

Meanwhile, even though he certainly gets up there in age, it doesn’t look like Dr Younan Nowzaradan plans to slow down anytime soon. Certainly, that’s good news for all his past, present, and future patients. In fact, many cast members from the show remain in Houston to this day. Along with living healthy, active lifestyles since filming, there are definitely perks to living closer to Dr Now.

So at least for now, it looks like Younan Nowzaradan will keep on keeping on. That also means that watchers will hear more of his trademark “Hello, how y’all doing?” greeting when he films more episodes.