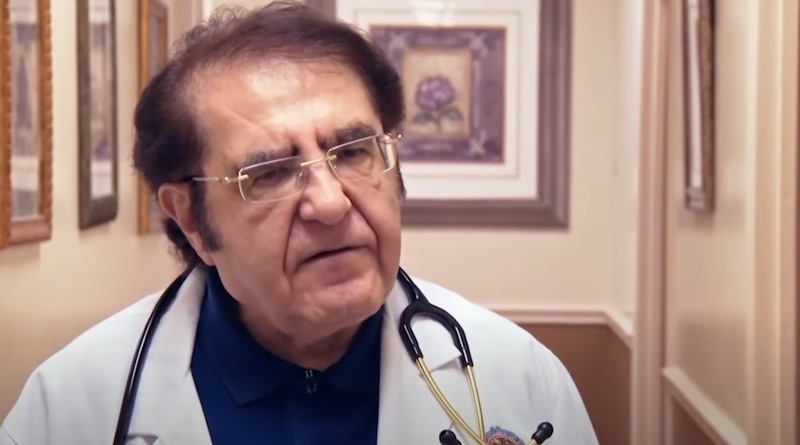 My 600-lb Life is a show about huge weight-loss transformations. But the real star of the show is the good doctor, Younan Nowzaradan. Watchers tune in just as much for Dr. Now as they do for the incredible transformations. Here’s everything you need to know about the man with the golden stethoscope.

Dr. Younan Nowzaradan – affectionately called Dr. Now by watchers – is the face of TLC’s My 600-lb Life. Every episode of the show features someone new that wants to turn their lives around. Meanwhile, Dr. Now is the one constant on the franchise. Indeed, for a lot of fans, he is the reason they tune in.

It turns out, Dr. Younan Nowzaradan is known for a lot more than his witty one-liners or his golden stethoscope. As far as that golden stethoscope is concerned, it’s something that is only given out four times a year. Each recipient demonstrates “excellence in patient care,” according to the official website of the award. And it’s clear based on his extensive body of work that Dr. Younan Nowzaradan does just that.

Dr. Younan Nowzaradan was born on October 11, 1944, in Iran. Meanwhile, even at 76 years old, it’s clear he isn’t slowing down. He spends hours on his feet during surgery. He is an expert in his field. His 1200 calorie diet has become very popular thanks to My 600-lb Life. In addition, it has helped numerous patients achieve weight loss and maintain healthy lifestyles.

Dr. Younan Nowzaradan graduated from the University of Tehran in 1970. Not long after that, he made his move to the United States. Dr. Now joined the Saint Louis University Medical Orientation Program prior to completing a Rotating Surgical Internship at St. John Hospital in Detroit, Michigan.

The first season of My 600-lb Life aired all the way back in 2012. Meanwhile, all these years later, it’s still a popular show – with a huge fanbase to boot. As it was from the very beginning, Dr. Younan Nowzaradan is at the helm of each patient’s weight-loss transformation. In addition, numerous people try every year to get their own episode on the popular franchise.

As watchers know, Dr. Younan Nowzaradan’s approach to helping his My 600-lb Life patients lose weight is a holistic one. In addition to diet and exercise, patients address underlying psychological issues and trauma that led to them turning to food as a coping mechanism. With his help, there are a number of success stories – and many cast members maintain healthy habits after filming.

Dr. Younan Nowzaradan’s goal from the very beginning was to help people. And for fans of the show, they hope to hear his trademark greeting of “Hello, how y’all doing” for years to come.