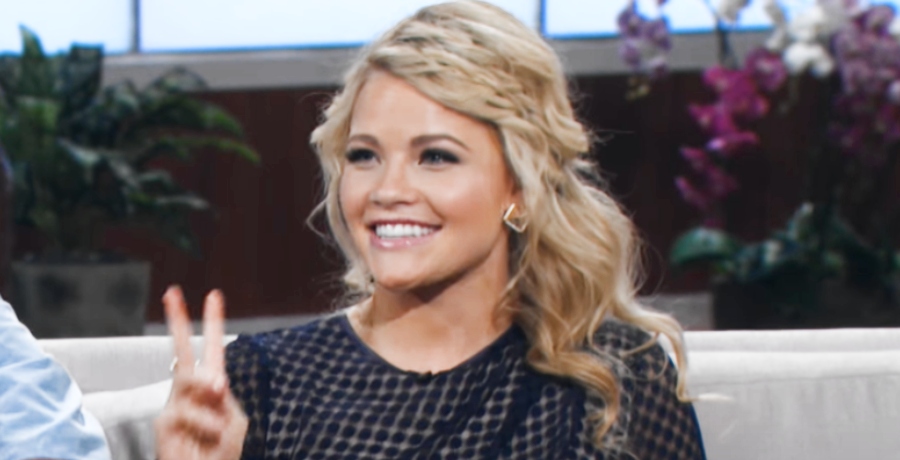 It’s no secret that pro dancers put a lot of time and energy into their fitness routines. Since Witney Carson just had a baby in January, she feels that she has a lot of work to do before she’s ready to compete in another season of Dancing With The Stars. Nothing is official, but Witney does hope ABC will ask her back for Season 30. She recently discussed her 30-day diet plan with fans.

Witney Carson is working hard on her diet and exercise plan

We all have a sweet tooth now and then, but one of Witney’s biggest priorities over the next 30 days is to completely cut out sugar. But on the other hand, some carbs can stay. The dancer revealed to fans on her Instagram story that she tried the Keto diet in the past and didn’t like how it made her feel. She did lose weight, but it wasn’t quite working out for her.

Exercise is important for any pro dancer and you can even see many of the DWTS pros posting workout routines online. Witney had to take it easy after her C-section but is back in the gym again. She’s hoping to exercise twice a day for at least 30 minutes each time.

“These do not have to be so hard—just even a walk or something simple. Get your body moving,” she told fans.

Most people do indulge in cheat days at least a little bit on their weight loss journey. However, Witney is really dedicated and says she’s doing away with cheat days altogether. She’s really serious!

She will be increasing her water intake though. When you’re on the go as much as Witney is, you need to stay hydrated. While the dancer is cutting out most sugar from her diet, she admits she’s keeping Zevia stevia-sweetened sodas.

Could you keep up with Witney’s 30-day diet? Let us know what you think in the comments.

Witney Carson isn’t the only new mom who hopes to return to Dancing With The Stars this fall. Her best friend Lindsay Arnold is also a pro dancer on the show and took Season 29 off for maternity leave too. Lindsay told ET both she and Witney are working hard in hopes of taking the stage this fall.

“And Witney and I both love that show,” Lindsay told ET. “It will always have a special place in our heart and I know we both missed it last season. It’s been so fun because we’ve had this whole new phase in our lives, but I know that is always going to be there. That’s always going to be a passion of ours and something we love to do.”

However, Lindsay did throw in that ABC producers have to officially invite them to come back. She and Witney both want to come back, but it will be a while before that official announcement comes.
Are you excited for Witney and Lindsay’s big returns? We want to hear from you!