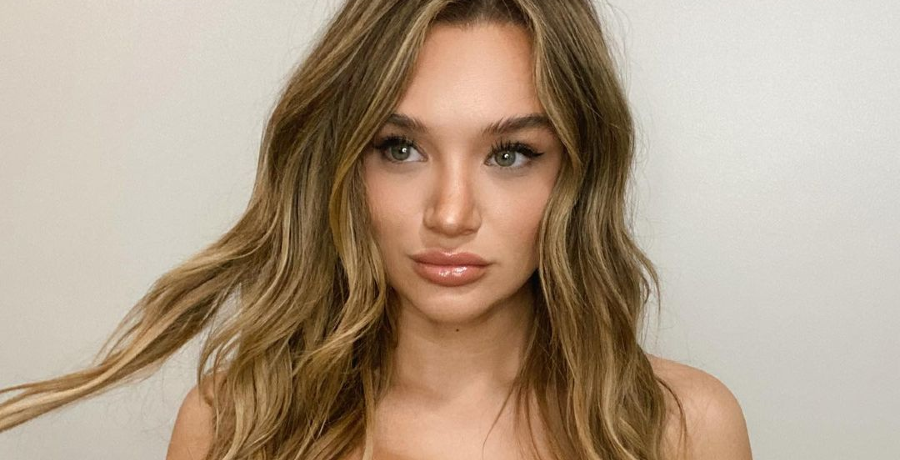 The Young and the Restless star Hunter King shocked fans with a new look. She no longer has the long blonde hair that she once had on the soap. The actress revealed that she got a “chop chop.” Her selfie set the Instagram comments section on fire over the weekend.

Of course, Hunter looks great as she usually does. There’s just one tiny difference. Her hair is much shorter than the one her character Summer is rocking on The Young and the Restless lately. The young soap star decided it was time to change up her look before the summer season arrives.

Hunter King gets a fresh new ‘do

On Saturday, April 7, the Young and the Restless star shared a new selfie on her Instagram feed. Hunter absolutely glowed with her new ‘do and her baby blue henley top that she was sporting. “Chop chop,” she simply captioned the photo. Immediately, the comments came pouring in from fans of the CBS daytime soap.

Bryton James (Devon) gave his approval with an OK emoji. No matter what Hunter does with her looks, she always looks incredible. Her fans and followers agree that this new hairstyle shows off her incredible features, such as her baby blue eyes and her signature pout. The Young and the Restless star Michelle Stafford (Phyllis) said that her TV daughter is “the most beautiful in the land.”

Even Hunter’s on-screen archnemesis Courtney Hope (Sally), couldn’t help but agree that she looks great. “Stunning always!” the Y&R newbie wrote. It’s the perfect look for any actress to rock for the springtime. Not only is this look effortless, but it makes it easier to style your hair.

‘The Young and the Restless’ star opens about her depression

Earlier this month, the Emmy winner shared her real-life struggles. The Young and the Restless actress goes through a lot of drama on the show. However, Hunter opened up about her struggles with anxiety and depression that sometimes make it difficult for her to get through life.

“But I don’t really talk about it a whole lot,” she previously revealed in her Instagram Story, per Soaps. “I deal with depression pretty much on a daily basis at this point. Some days are hard, some days are easier and sometimes I have to re-remind myself of things that I know to tell myself to help pull me out of a mood or, like, a slump.”

Get help. You are beautiful and talented. Don’t suffer. https://t.co/DI1YpYUg49

When Hunter feels her struggles take on, she tries to shift her perspective. While she calls those dark days “silly,” she admits that “some of them are easier said than done.” The Young and the Restless actor Doug Davidson (Paul) told his fellow actor to “get help” and reminded her that she’s “beautiful and talented.”

What are your thoughts on Hunter’s new hairstyle? Sound off below in the comments.