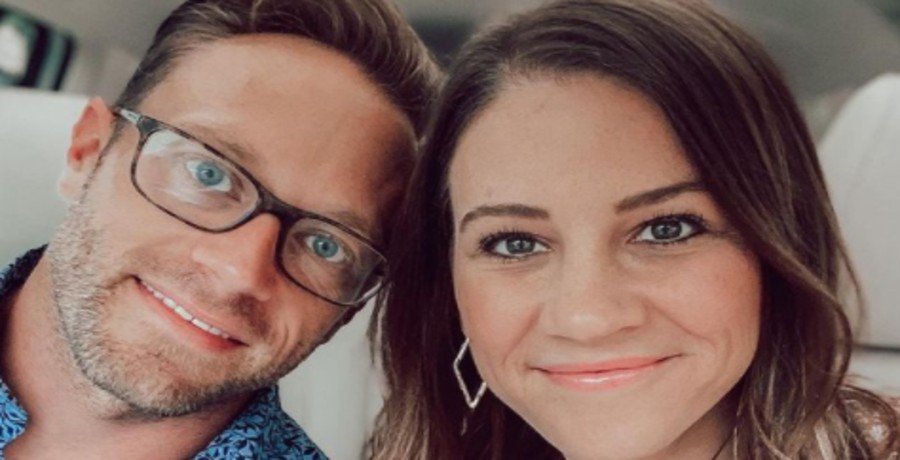 Danielle Busby has had some troubling health concerns over the past year. Up until now while still seeking answers, she hasn’t shared much with fans. They continue to pray for her and wish her well while worrying about her and her family. Recently she shared more about her health.

In March, Danielle shared with her fans she wasn’t sure what had been going on. Danielle thought she’d experienced a heart attack when she went to the hospital. The hospitalization was in November, so the couple had a few scary months not knowing what was happening.

In a new clip for the upcoming episode of Outdaughtered, Adam Busby shared, “the other day we learned there could be something wrong with Danielle’s heart.” He went on to say they weren’t expecting that. Fans could hear the fear in Adam’s voice when he talked about getting the news.

At an appointment later they talked to the doctors about what could be going on with the thirty-seven-year old. Adam said she usually doesn’t let her fear come through. On the zoom the doctors discussed what the next steps will be to figure out what they’re dealing with.

What Did The Doctor Tell Danielle Busby?

The doctor tells Danielle Busby and Adam they think their could be a hole in her heart. She told the doctors the news had shocked her. She recalled trying to remember everything they told to her so she could relay it later.

The specialists tell the couple they will go in through her throat with a probe to look at the heart. Adam asked if they would have to operate on her chest and the doctor said to take one thing at a time. Danielle admitted in the exclusive US Weekly clip this is really scary for her.

The Mom Of Six Shared Her Concerns

Danielle Busby said the procedure, “sounds miserable.” She’s concerned about what they might find and the possibility of having heart surgery. She says the scary part is she just keeps thinking about her family. As a mother of six she’s constantly going. They not only have a huge family but more than one business to run.

She shared with fans back in March she worried because she was having a hard time doing simple things. After tests and visiting with the doctor she said, “I do not feel any better or cured by any means.” Danielle said she found it difficult to slow down and let her body tell her when she can’t do something. A lot of fans can identify with that.  Will you be watching Danielle’s journey through this battle? Comment with your thoughts down below.

Jedidiah Duggar Packs On The Pounds, Katey Nakatsu To Blame?
Candace Cameron Bure’s Mini ‘Fuller House’ Reunion Has Fans Talking
Paris Hilton Joining ‘RHOBH’ Would Be ‘Hunky Dory’ With Fans, But Will She? Kathy Spills All
Tori Roloff Shares ‘Touching’ Message Amid Heartbreak
‘LPBW’ Tough Jackson Roloff Shows Dad What He Is Made Of