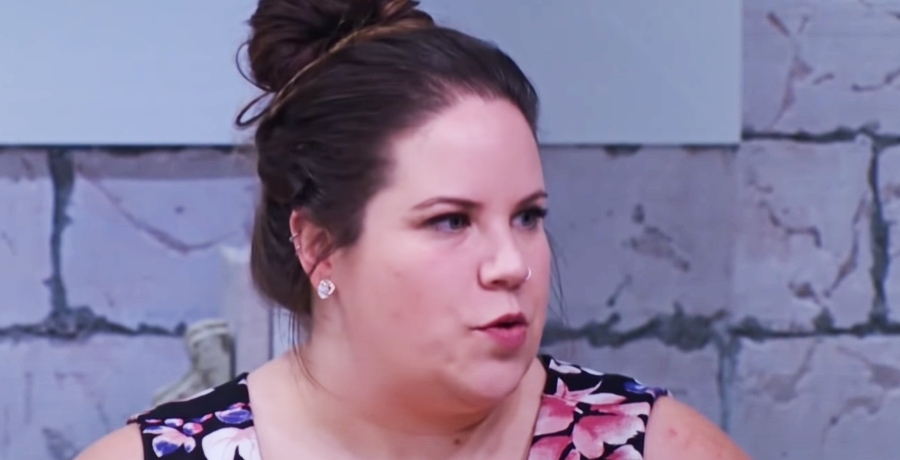 Whitney Way Thore inspires so many people who struggle with self-esteem issues. Not shy about using the word fat to describe herself nowadays, she looked like a slim little pixie as a kid. While you probably never saw her like the way she looked in a recent throwback, hints of her road to stardom already showed. Rocking some blue feathers in her hair, My Big Fat Fabulous Life fans agreed that she had all the pizzazz.

On Saturday, April 17, Whitney shared a photo of herself at about the age of four or five years old. The spitting image of her mom, her little face looked the same as she does now. But, ahead of her PCOS, she sported the slim figure of a little dancer. TLC fans know she always dreamed of dancing. In fact, she first went viral with her dance moves back in 2015.

Whitney Way Thore’s video racked up over 10 million views. Actually, people still visit the video years later and thank her for being an inspiration. Looking at her throwback photo, a lot of people said that she had all the sass need for stardom. Posing in her little blue costume with blue feathers on her head, Whitney looked ready for the cameras already.

When she shared the throwback photo, Whitney Way Thore captioned it with, “I’ll just leave this here. Circa #1988.” The My Big Fat Fabulous Life star grabs the attention of her fans any time she posts on Instagram. However, they all love her throwback photos. Unfortunately, they only come along infrequently. In August last year, she posted up a photo of herself in a cute swimsuit. At the time, she sported block cut bangs and fans called for a revival of the style and colors. Plenty of them rocked the same swimsuit as kids in the 1980s.

Whitney Way Thore looked slightly younger in her new photo but fans agree she looked very cute. However, others noticed that she already show signs of making it back then. One of them commented, “Meant to be a star all along. ❤️❤️❤️.” Another MBFFL fan also saw that potential in little Whitney. They noted, “That’s how you have all those amazing dance moves!!🙂 If I could only dance like you!😤 hahahahaha ❤️.”

Plenty of My Big Fat Fabulous fans noticed that Whitney Way Thore looks like her mom, Babs. Noticeably, she still retains that same style and sassy look to this day. Of course, popular as ever, fans also can’t wait for a new season from TLC. After all, this little girl already changed the way a lot of fans perceive themselves. She obviously had no inkling of how her life would change, but loads of people appreciate that it did.