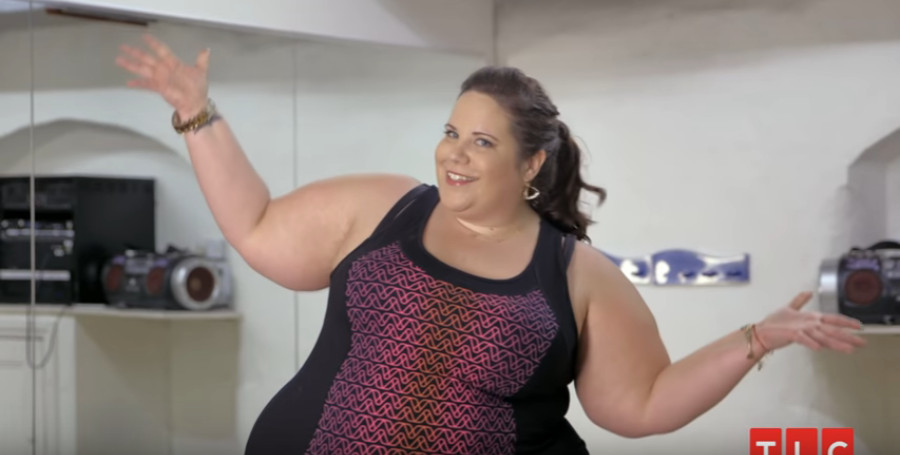 Whitney Way Thore hasn’t forgotten where she came from. In an heartfelt post on her Instagram this week, she looked back on how she shot to stardom in the first place. She was one of many who gained fame through a viral video, though not many YouTubers hit the same level of popularity.

As she explains on her Instagram, she dubbed the video “A Fat Girl Dancing” and uploaded it to YouTube. She had no idea it would blow up on the internet. Many may bristle at the “fat girl” moniker, but she prefers that to other euphemisms, per People magazine.

Whitney Way Thore took to her Instagram to mark the 7-year anniversary of her viral video. It garnered millions of views and landed her on The Today Show, Good Morning America and many other talk shows. The viral video would “change the trajectory” of her life.

Whitney Way Thore sounds surprised to this day that a video filmed on her “shi**y MacBook” could open so many doors. She did more than open doors – she busted right through them. The viral video led to her own TLC show, My Big Fat Fabulous Life.

Additionally, she’s a best-selling author (I Do It With The Lights On,) and created her own global movement against body-shaming with No BS. Her No BS even branched off into fitness with No BS Active.

She also does speaking engagements about her experience. In her IG post, she calls that her “true calling.” But she knows she didn’t do it alone.

In her social media post reminiscing about her claim to fame, she thanked her friends and family, including Buddy Bell and her mom, Babs.

Will Her Show Get a Season 9?

To parlay a viral video into a popular reality TV show isn’t anything to sneeze at. Whitney Way Thore’s My Big Fat Fabulous Life has been entertaining – and helping – fans for 8 seasons now. But will the show get another season?

Given its popularity, it is highly likely that fans will see another season of MBFFL. In season 8, fans saw Whitney Way Thore and Chase Severino end their engagement. Whitney found out that her fiance had cheated on her and gotten another woman pregnant.

In the last few episodes of the season, she gave serious thought to the possibility of weight-loss surgery. A big decision like that would definitely warrant another season. If she doesn’t have the surgery, viewers still want to follow along on her life journey.

TLC has yet to announce if MBFFL will return for another season. Check back with us often for updates on Whitney Way Thore and all your favorite reality stars.