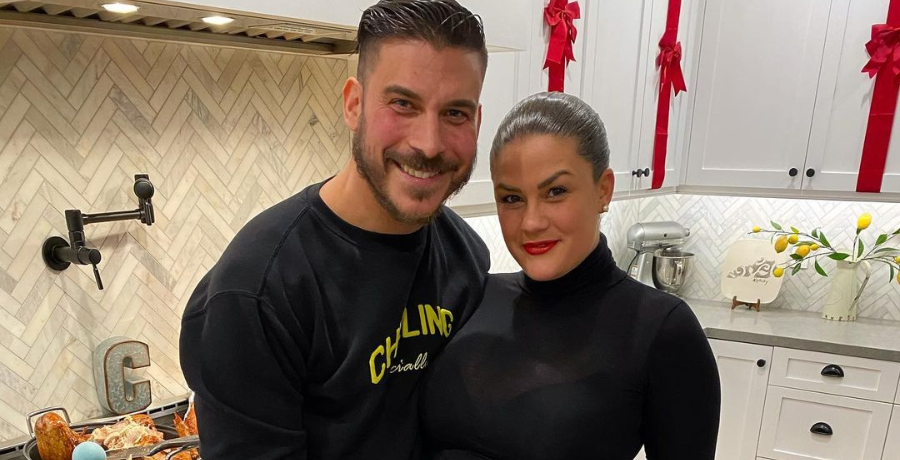 Brittany Cartwright and Jax Taylor are already thinking about expanding their family. On Monday, April 12, the Vanderpump Rules couple announced the birth of their son. TV Shows Ace was the first to report that the couple welcomed their first child, a son named Cruz Michael Cauchi. They exclaimed that their “lives changed forever in the absolute best way possible.”

This happy news comes just months after they left Pump Rules. The married pair released a joint statement on their respective Instagram accounts. Shortly thereafter, rumors swirled that they did not leave on their own accord. Even with the news of Jax’s financial woes, they’re already thinking about having more kids.

Brittany Cartwright and Jax Taylor want to try for baby No. 2

They officially became parents earlier this week. Now, the former Bravo stars want to give their son a younger brother or sister. Jax Taylor and Brittany Cartwright spoke to E! News about their baby plans on Tuesday, April 13. It looks like they still have babies on the brain.

“I have always said three [kids] and Jax has always said two, but as soon as we had Cruz, he said we could have as many as I want,” Brittany Cartwright told E! News. “So we will probably end up with three!”

The 32-year-old is hoping that she can convince her husband to have one more. Brittany revealed that her 27-hour labor was “one of the hardest things” she ever went through. The new mom has been honest about the struggles with her pregnancy. Regardless, she doesn’t have any regrets.

She calls motherhood the “most beautiful and rewarding” thing in the world. Brittany told the outlet that even Jax felt some of her sympathy pains. The couple both ended up crying throughout her labor. Her mom, Sherri Wright, was also in the delivery room with them and helped them with the emotional and physical pains.

Brittany Cartwright explained that she’s most excited to watch their son “grow and learn new things.” As a staunch Christian, the Kentucky native said she wanted to name her son “Cruz” since it means “cross.” It was the perfect choice for the couple. Brittany also explained that Cruz goes “perfectly” with the name “Cauchi,” which also has a personal meaning.

“A lot of people don’t realize that Cauchi is Jax’s real last name,” Brittany shared. “His late father [Ronald Cauchi’s] last name is Cauchi so, of course, we wanted to continue his legacy with our son and family.”

Sadly, Jax’s father passed away in 2017 at the age of 61. The 41-year-old former bartender looks to his late father as an example as he enters fatherhood. Brittany previously revealed that he was there for every part of her pregnancy journey. Check back with TV Shows Ace for the latest news on Brittany Cartwright and Jax Taylor.