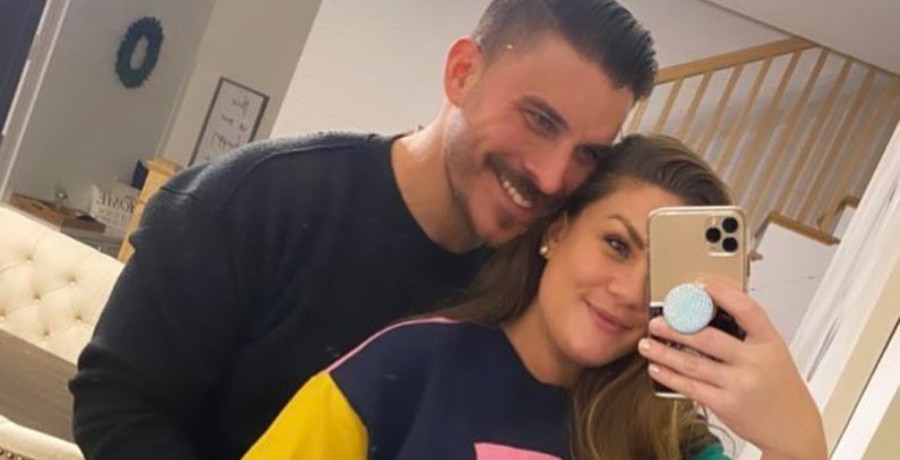 Brittany Cartwright is the third Vanderpump Rules star to give birth this year. But she is the first to have a son. Her dream to be a mom came true on April, 12, 2021.

She gave birth to her first child with husband Jax Taylor.

Us Weekly reports that one tip Brittany had for other moms-to-be was to eat smaller meals throughout the day. Despite a rough pregnancy, Brittany Cartwright was over the moon about expanding her family. She has openly talked about her desire for children.

In addition to morning sickness, Brittany had to deal with online trolls for most of her pregnancy. Her baby bump grew at a surprising rate, especially compared to Lala Kent. Both Vanderpump Rules stars announced their respective pregnancies in September of 2020. Their due dates were a week apart.

Due to complications in her own pregnancy, Lala Kent gave birth three weeks early. Despite the early labor, her daughter arrived safely and in good health.

Jax and Brittany’s relationship has also been a bumpy ride. But they have overcome their issues, which included infidelity. Jax Taylor is fully on board with having children and was excited to meet his son. Viewers also know that Jax has a minor obsession with shoes. It seems he’s passed that onto his son, already lining the baby’s closet with a toddler shoe collection.

Bravo TV reveals that the baby’s room has a dinosaur theme. Jax and Brittany bought a new house last year.

Were the rumors of a ‘pregnancy pact’ actually true?? The evidence suggests yes. Lala Kent, Stassi Schroeder and Brittany Cartwright were all pregnant at the same time. Whether planned or coincidence, the friends wanted their children to grow up together.

Stassi Schroeder was the first to give birth, welcoming her daughter in January.

She hopes that Hartford Charlie Rose will be bffs with Lala Kent’s daughter Ocean Kent Emmett.

Scheana Shay isn’t close friends with Lala or Stassi these days. She wasn’t part of the so-called ‘pregnancy pact,’ but she is expecting a child next month. Scheana suffered a devastating miscarriage during the summer of 2020 but will welcome her ‘rainbow baby’ in April.

Congratulations to Jax and Brittany on their new bundle of joy!

Jinger Duggar Admits She ‘Struggled’ With Her Family’s Religious Beliefs
‘RHOC’ HUGE Cast Shake-Up: Who’s In & Who’s Out For Season 16?
Julie Chrisley Dishes: Who Is Her Favorite Person To Cook With?
WAIT! Is Jacob Roloff’s Wife Pregnant With Couple’s First Baby?
Maddie Brown Brush Shares The Background Photo On Her Phone