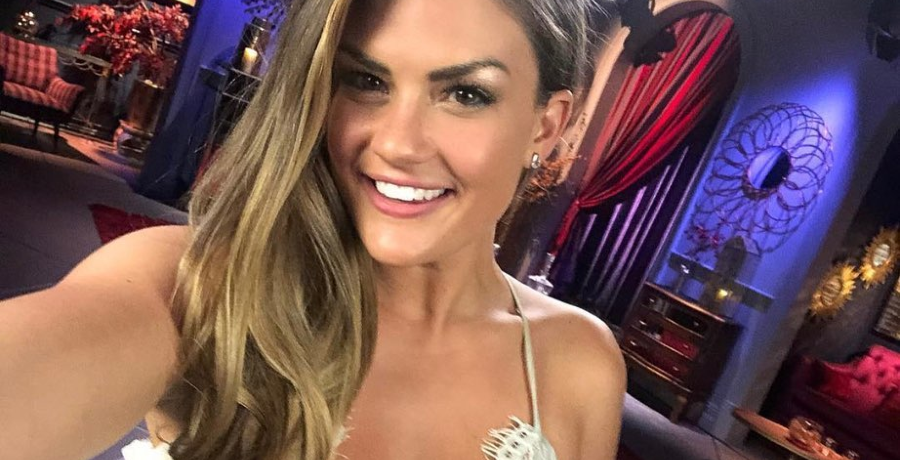 Brittany Cartwright revealed that she doesn’t watch Bravo. This revelation confused Vanderpump Rules fans since she was one of the most famous cast members on the show. She achieved fame by starring in the popular reality series, which is currently on hold. Brittany went from Hooters to SUR thanks to her then-boyfriend, Jax Taylor.

He felt that she was the perfect fit for the hip restaurant. Brittany made her debut in Season 4 and was part of the cast up until December 2020. The couple announced their departure from the show on their respective Instagram pages. The news must’ve hurt because Brittany recently told a fan that she’s not a Bravo watcher.

Too many Cruz’s on reality TV?

On Monday, April 12, Brittany Cartwright and Jax Taylor welcomed their first child, son Cruz to the world. Shortly after making the announcement, fans noticed that there are a lot of Cruz’s on reality shows. On The Real Housewives of Dallas, both Kameron Westcott and Stephanie Hollman have sons named Cruz. Over on The Real Housewives of Beverly Hills, alum Teddi Mellencamp often talked about her son Cruz.

Also, Real Housewives of Potomac star Wendy Osefo has a son with the same name. A Bravo fan created a meme that showed all of the Bravo stars with their sons named Cruz. The meme reads: “The many Bravo children named Cruz!!!” Fans have a feeling that Jax and Brittany wanted this name for their son.

Brittany took notice of the meme this week. She responded to the fan: “Lol I don’t even watch bravo but I understand because it’s such a cute name,” she wrote before deleting the comment. However, Instagram page Comments by Bravo shared a screenshot of her comment, which befuddled fans.

Most of them asked, “She doesn’t even watch Bravo?” Some don’t believe Brittany and have a feeling that she keeps up with the Real Housewives world. Since making the comment, Brittany received cruel messages from trolls calling her a liar. While fans can’t seem to understand why she wouldn’t watch Bravo, she shouldn’t receive such backlash.

Brittany Cartwright responds to the haters

Not only did Brittany Cartwright received hateful messages, but fake accounts have been created for her son. The Pump Rules alum had to address the controversy via her Instagram Stories before deleting the message. Brittany called the haters “insane” and said she deleted her comment because she didn’t want to deal with anymore hate. She made it clear that she doesn’t “watch any reality TV, not even The Bachelor.”

Meanwhile, Jax Taylor took to his Instagram Story to address the fake accounts. On Wednesday, April 14, the 41-year-old set the record straight.

“This will be our son’s only social media page,” Jax wrote via his Instagram Story. “If you follow anything else, it’s fake. I am sorry I have to say this, but we have really sad individuals in this world already trying to make ‘fake’ page. We love everyone that has supported us, and we thank everyone for such kind words and blessings.”

The couple welcomed their baby boy earlier this week. In September 2020, Jax and Brittany announced that they were starting their family. From there, they have shared the ups and downs of their journey. Having a baby has brought the couple closer together.

What are your thoughts? Do you think Brittany is a Bravo watcher? Sound off below in the comments.

Derick Dillard Tells All: Did He & Jill Duggar Date Or Court?
‘Outdaughtered’ Family Heads Out For The Holiday
Chrissy Teigen Landed Into A Hairy Situation
Jinger Vuolo & Daughter Evangeline Get Into The Holiday Spirit: See Photo
‘The Grand Tour’: Trio Explores All Things French In New Amazon Episode