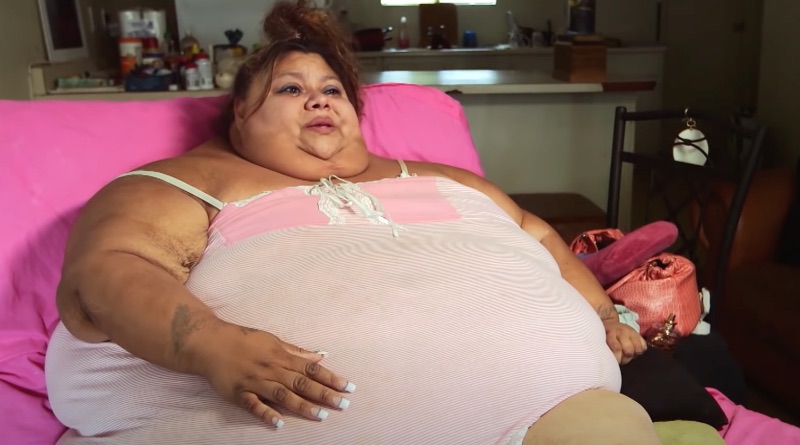 My 600-lb Life cast member Lupe Donovan had a tougher situation than most when her episode aired on TLC. How is she nowadays?

When watchers first met Lupe Donovan on My 600-lb Life, she was in bad shape. She was on oxygen, bedridden, and overall in a very bad way. Lupe told TLC cameras that she lost motivation to do anything for herself. Also, as a result, her body started to break down by the time she filmed her episode.

Lupe Donovan tipped the scale at 642 pounds by the time she made it to Houston to see Dr Now. Meanwhile, at the beginning of her episode, she needed to do something drastic to turn her life around for the long haul.

Lupe Put in the Work

Getting to Dr Now in Houston on My 600-lb Life is just the first step. Even when cast members are accepted into the weight loss program, it’s still up to them to put in the work to achieve lasting change. There’s also the fact that Lupe was in bed for ten years before appearing on the show. So she knew what was waiting for her if she didn’t kick things into gear.

Meanwhile, getting her life back on track weight-wise wasn’t the only thing Lupe Donovan dealt with in her episode of My 600-lb Life. She discovered over the course of filming her episode that her husband was cheating on her behind her back with other women. So that was another curveball adding even more stress to her already stressful weight loss journey.

With a lot of drama going on in her weight loss journey and her personal life, Lupe Donovan had a lot of things to balance. Sometimes, My 600-lb Life cast members go back to their old habits. Luckily, that doesn’t seem to be the case for Lupe. This is especially true when real-life stress comes back to bite. But it looks like Lupe avoided falling into some of those familiar traps.

Even with everything Lupe Donovan faced on My 600-lb Life, she did enough to qualify for surgery. Meanwhile, a year after she went under the knife, she was down 300 pounds. As of October 2019, she was down to 220 pounds on the scale.

This is certainly a big win for her. Meanwhile, based on the latest pics, she seems to keep the weight off. So, it’s clear she keeps some good habits. Moreover, she found ways to make long-term life changes for the better. Even though she started from rock bottom, she certainly found ways to succeed for the long haul.