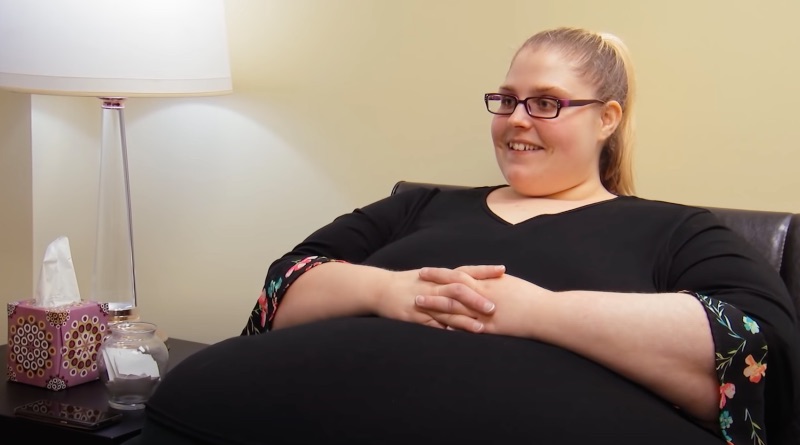 My 600-lb Life cast member Tiffany Barker was on Season 7 of the popular weight loss transformation show. Like all celebs on the TLC program, she came with her own baggage. Where is she today?

Like most of Dr Now’s patients on My 600-lb Life, food is not always the primary issue. Often, there are underlying psychological and emotional issues that lead people to food. Many patients use it as a coping mechanism. Meanwhile, that was certainly the case for Tiffany Barker as well.

To help her work through her trauma, Dr Now put Tiffany Barker in therapy as part of her treatment. While there, she revealed that she grew up poor. In addition, she said that her father was “verbally abusive” toward her mother. Tiffany added that she defended her mom as she got older. As a result, her father was verbally abusive toward her as well.

Using food to cope also led to a battle with depression for Tiffany Barker on My 600-lb Life. Due to all of these issues, she tipped the scale at 673 pounds by the time she saw Dr Now in Houston. Taking that first step is often the hardest part for those that go on a journey to lose weight. And despite all the things ahead, Tiffany was ready to take that first step.

One of the biggest milestones on any My 600-lb Life journey is losing enough weight to get the green light for weight-loss surgery. Luckily for Tiffany Barker, she put the elbow grease in to qualify. By the time she was approved for surgery, she was down to 415 pounds. So that in and of itself is a victory in a lot of ways for Tiffany Barker.

As with all cast members that appear on My 600-lb Life, viewers want to know what they are up to after the TLC cameras leave them to their own devices. In Tiffany Barker’s case, she has certainly come a long way since her episode wrapped on the network.

It turns out; she moved back to Washington state. And she is no longer with her boyfriend, Aaron – whom viewers met in her My 600-lb Life episode. So it’s clear she went through personal and physical transformations since she first filmed her episode with Dr Now.

All in all, she seems to be sticking to her healthy habits. She often shares home-cooked meals with her social media followers. Meanwhile, judging by how she looks these days, she certainly does a good job keeping that weight off after a lifelong struggle with food and depression. Certainly, she is a My 600-lb Life success story.