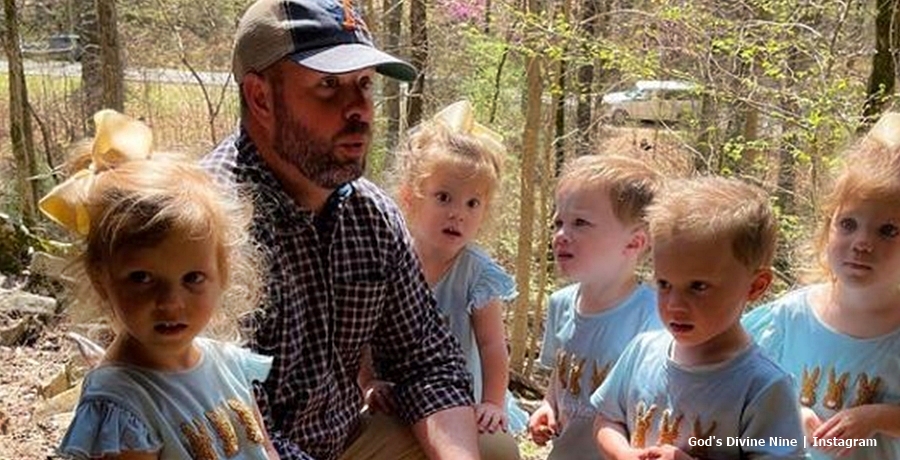 Sweet Home Sextuplets dad Eric Waldrop spends a lot of time coaching the boys at baseball. Often, busy mom, Courtney takes the boys to their games and tournaments. Additionally, she takes the six little kids. TLC fans think that she’s a super-mom since she manages all those active kids. Well, sometimes they all have a blast, but on some days, things simply go wrong. So, when Eric predicted it all gets worse if something else goes wrong, and it happened, did he reveal he’s psychic?

About three weeks ago, Courtney Waldrop raved about the twins, Bridge and Wales as they made her feel so proud. Obviously, as it involved baseball, she also felt very proud of their coach, Eric. The cherry on top of a good day involved the sextuplets who also cheered on their brothers in their ball tournament. Triumphant, their baseball team won their championship! Even though they only arrived home late, the TLC family enjoyed a wonderful day. Courtney also shouted out the moms at the park who helped out with the babies.

Sweet Home Sextuplets fans heard from Courtney that they also live something of a rural lifestyle. So Eric not only works, but he helps raise their cow. Between raising nine kids and a cow, the family certainly keeps very busy. In a pouring storm, Courtney and her son Bridge helped momma cow deliver her calf. However, the baby seemed poorly, so Eric Waldrop was in for a long night nurturing the little animal. A few days later, Courtney told her fans that Eric did a good job and the little bull is thriving. However, this weekend, it seemed like everything that could go wrong, went wrong.

The Sweet Home Sextuplets mom shared a post on Facebook and Instagram and lamented their terrible day. She said it was so bad that when they returned home, they just “hunkered down.” No more going anywhere else on the jinxed day. Eric Waldrop predicted a bad thing and it just made the bad day a lot worse as it came true. So, is he psychic? Explaining more about it, the boys played at different tournaments. Possibly, the sextuplets gave her a bit of hassle as well. Maybe Wales lost his game, as he said, “This has not been a good day.”

The Sweet Home Sextuplets dad then replied to his son, saying, “the only thing that could make it worse is if we were to get a flat tire.” Well, yes, you guessed it. That prediction came true. In the comments on Instagram, one fan said that Eric “jinxed” the day. But we like to think he might be a bit psychic.

What do you think about the terrible day that the Sweet Home Sextuplets family experienced? Do you think Eric Waldrop might be a little bit psychic? Sound off your thoughts in the comments below.

Is Alan Bersten A Bad Boy Outside Of The Ballroom?
Why The Details Of Josh Duggar’s Arrest Are A Bit Fuzzy
‘My 600 Pound Life:’ Lacey Hodder Update On A Beautiful Life
CBS’ ‘Mom’ Season 8 Episode 17 Recap: May 6
‘Vanderpump Rules’ Alum Kristen Doute Reveals Her Favorite Animal