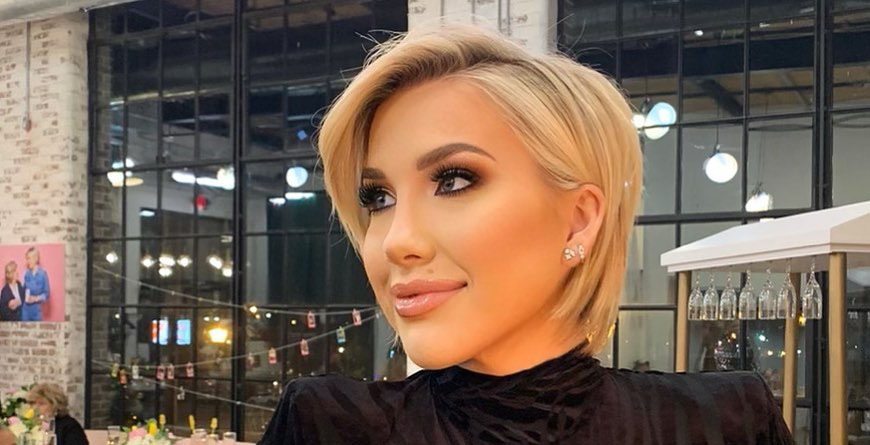 For several weeks now, the Chrisley Knows Best crew has been amping up the launch of Savannah Chrisley’s second makeup collection of Sassy by Savannah. Fans get to hear Todd and Julie Chrisley dote on Savannah on their podcast, Chrisley Confessions. Just this past Wednesday, Savannah couldn’t give specifics about when her products are launching and re-releasing. However, that’s changed and fans now have a date they can mark on their calendar to get their hands on some Sassy by Savannah makeup. Keep reading for more details.

As many Chrisley Knows Best fans know, Savannah is preparing to release new Sassy by Savannah products and restock old favorites. Unfortunately, the website has been out of stock for a while. Some fans share in the comments of various Instagram posts that they have been trying to purchase some of this makeup since December. In the most recent episode of Chrisley Confessions, Savannah shares that COVID “threw off [her] timeline.” However, wise beyond her years, Savannah says, “Everything happens how it’s supposed to and it’s not something [she] can really control.”

When Savannah goes on to speak up about the upcoming release date, she puts emphasis on the word hopefully. “Hopefully, next week I’ll have more products launching.” Already a successful businesswoman, Savannah shares why there isn’t an exact date. “I don’t want to give an exact date because I was supposed to launch stuff in March and it didn’t happen because of shipping delays.” However, that is all about to change.

The most recent post on Sassy by Savannah’s Instagram page is a photo of one of her lip kits in the back pocket of someone’s blue jeans. The caption reads, “Who is getting excited?! New lip kits launching 4/15.”

However, specifically stating that the lip kits are launching on Thursday, concerns some people. One follower writes, “When are restocks coming? Been trying for weeks to order.” Luckily, Sassy by Savannah answers the concerned fan and advises that restocks are “the 15-16th.”

Sadly, Savannah Chrisley has already announced that not everything is coming back as part of the Sassy by Savannah restock. In the recent episode of Chrisley Confessions she co-hosts with her mom, Julie Chrisley she gives specifics about the restock. Her mom specifically asks if everything is coming back. “Not everything,” shares Savannah. She goes on to say, “For instance, the eye kits. They are not coming back as of right now.” However, she encourages people to go to the Sassy by Savannah Instagram and “tell us how much you want it, then maybe I can get it back. Ultimately, she shares that she’s “really pushing for the black eye kit.”

Are you marking April 15th and 16th in your calendar to try and get your hands on some Sassy by Savannah makeup? Let us know what you’re trying to get in the comment section below. Come back to TV Shows Ace for more Chrisley Knows Best news.