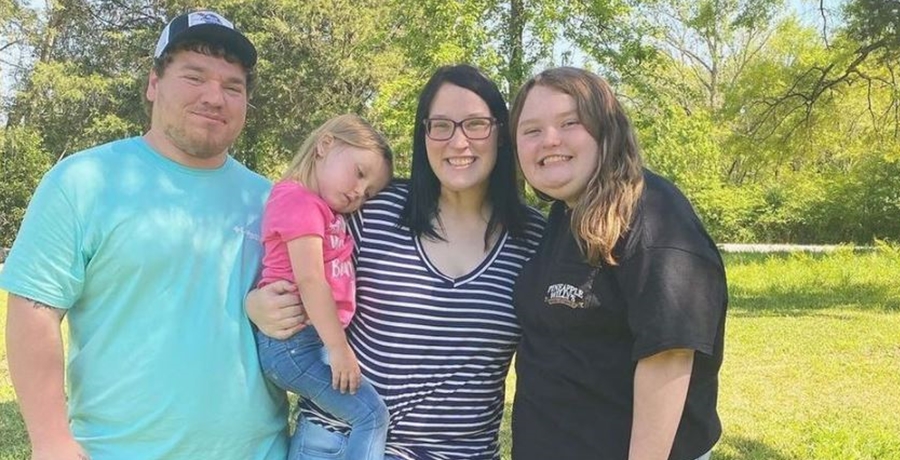 WEtv’s Josh Efird really seems badly treated by his wife Pumpkin on Mama June: Road to Redemption. In fact, fans of the show slammed her for her attitude. After all, Josh works hard and provides the family with a home. Plus, he tries being a good dad to little Ella Grace. Additionally, he takes on the responsibility of Honey Boo Boo. He seemed really down. Now, in a teaser for the show, he revealed where he stands with his marriage and his wife.

WEtv’s Josh Efird struggles with his marriage to Pumpkin

When June Shannon ran off with Geno, she wasted most of her money on hotels and drugs. Together with Geno, she removed herself from the family. Recall, last year Doedoe, June’s sister, tried reaching out to June. However, she spurned her. Later, Doedoe talked about how June ran into problems with some bad people. She owed them money and fears arose that Josh and Pumpkin might be threatened. So, they moved out of their place and relocated in a hurry. We noted that when that all went down, some cracks started appearing in Josh and Pumpkin’s marriage.

The Daily Mail UK reminds readers that WEtv’s Josh Efird “works a construction job in South Carolina, three hours away, and comes home on the weekends.” However, whenever he comes home, grumpy Pumpkin gives him hell. In no time at all, bitter fighting breaks out. Actually, fans freaked when she locked him out on the porch. Eventually, he walked away into the night. In a new teaser, it turns out that Josh feels so hurt. Actually, he lays the blame for it squarely on Mama June Shannon.

In a new teaser for the show, WEtv’s Josh Efird opens up to a friend about Pumpkin. Her major issues seem to focus on him being away from home. His job takes him away, so she hates that she copes by herself. Bear in mind, Ella’s in the terrible twos. Plus, Honey Boo Boo doesn’t seem to help out much. Josh reminds Pumpkin that he had to take the job in South Carolina as the new house costs a lot of money. Notably, all of these issues started when Mama June caused the problems in the first place.

Telling fans where he stands with Pumpkin now, WEtv’s Josh Efird revealed that he and Pumpkin made a huge effort to put those dark days behind them. It looks like he resolved to move on from the ugly situation. Both Pumpkin and Josh went through a very tough time, but they are mending things now. Certainly, it helps explain why Pumpkin seems so reluctant to roll out the red carpet for her mom.

Josh is holding his family down! Find out how he's keeping things together after a crazy year and his plans for the future. #MamaJune pic.twitter.com/7UZMGwCKUd

What are your thoughts on WEtv’s Josh Efird as he talks about fixing his marriage with Pumpkin? Are you glad that they work hard as they salvage their relationship? Sound off in the comments below.