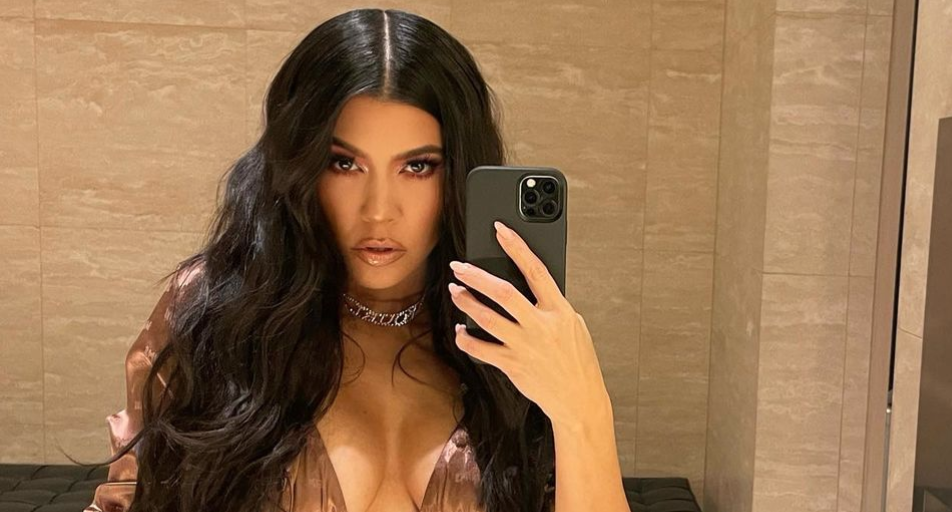 Kourtney Kardashian and Travis Barker are getting pretty serious. In fact, he even got a tattoo of Kourtney’s name. He must really like her to make a decision that permanent.

Travis Barker and Kourtney Kardashian have been dating for a bit now. After being friends for a while, they decided to make things official. Now, they are even more official. Travis is covered in tattoos, so it’s no surprise he added Kourtney’s name to the mix. However, the surprise might come from fans based on the fact that they haven’t been together very long.

The new tattoo is Kourtney’s name in script on the left side of his chest PageSix says. Kourtney will always be close to his heart now.

Of course, fans were quick to point out that now the relationship is cursed. Everyone knows that tattooing a girlfriend or boyfriend’s name on your body could result in a pretty painful result – in more than one way.

However, Travis must be confident the two will stay together. Or, maybe he will just end up covering it up if something goes wrong.

This isn’t the first time

This isn’t the first time that Travis has gotten a tattoo of a SO on his body. He also has one for his ex-wife. Apparently, he has a heart with her name inscribed somewhere on his body in addition to the tattoo 0f Kourtney. He definitely doesn’t seem to be scared of getting tattoos that may not always apply!

This might not even be his first tattoo for Kourtney Kardashian either PageSix reports. He also has a “You’re so cool!” tattoo that fans think has to do with Kourtney and True Romance. Apparently, the tattoo is in Kourtney’s handwriting.

This relationship comes after a lot of ups and downs for Kourtney in the dating world. Of course, for anyone watching the new season of Keeping up with the Kardashians, it’s becoming more and more apparent that this could be time for herself and Scott Disick to start dating.

They are both finally single and seem to be quarantining together in Miami.

However, clearly, something doesn’t work out because the two are still not together. Scott and Kourtney fans can only hope that they end up together someday.

Do you think Kourtney Kardashian and Travis Barker are a cute couple? Let us know in the comments below. Come back to TV Shows Ace for more news on all of your favorite reality tv stars.

Sydney Chase Hires Lawyers, Fights Tristan Thompson In Cheating Scandal
‘Extreme Sisters’ Jessica & Christina & The Man Between Them
Who Are The Season 12 ‘Shark Tank’ Sharks & What Are Their Specialties
Danielle Busby Puts On Leggy Display, Leaves Fans Scratching Heads
Pumpkin Shows Off Big Baby Bump – Further Along Than We Thought?