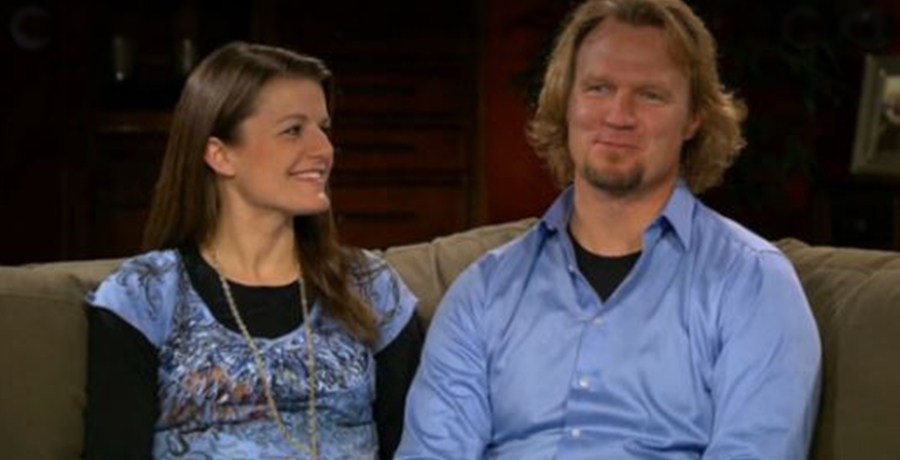 A Sister Wives teaser reveals that Robyn Brown hopes for another baby. Fans already saw that discussion when the family met up with the Dargles. However, the discussion about babies carried on in the upcoming episode on TLC and discovery +. Kody Brown, 52 years old now, and Robyn, ten years younger, both view the subject from different angles. However, is it a safe option at Robyn’s age?

Robyn Brown already gave birth to 4-year-old Ariella. Plus, they raise Solomon and Kody adopted Robyn kids, Dayton, Aurora, and Breanna. Dayton, at 21, certainly isn’t the oldest child in the family. Logan is 26 and engaged. Meanwhile, other adult kids already produced grandchildren for Kody. Axel, Maddie Brush’s son, now has a little sister, Evie K. And this week, his other daughter, Mykelti announced the arrival of her baby. So does Kody really want more babies in his immediate day-to-day life? Actually, It’s one thing being a grandpa and a totally different thing being a dad to an infant.

In the Sister Wives teaser that People Magazine carried, Kody talks about his daughter Ariella. It turns out that at the age of four, she still won’t sleep properly. Ariella staying up late and buzzing around drives Kody crazy. In fact, he describes  her nocturnal activities as literally giving him “a hard time keeping [his] head from wobbling.” Certainly, it seems that he suffers from a lot of sleep deprivation. While he loves all his kids, the charms of diapers, crying babies, weaning, and hyperactivity seem less appealing at his age.

The Sister Wives teaser reveals that Robyn never thought of not breeding more babies. Additionally, she claims she wants as many as possible. However, fans might wonder how safe a pregnancy might be for the aging wife. Sometimes, Robyn looks unwell. She occasionally looks like she suffers from joint and back pain. In fact, a few years ago, her health became a topic of discussion. That came in 2019 when Aspyn Brown mentioned Robyn felt too ill with breathing problems to join the family at her graduation.

In the Sister Wives teaser, neither Kody nor Robyn mentioned any health issues. However, Healthline explains that any woman over the age of 40 might face difficulty with pregnancy. Sometimes, there’s a real possibility of a stillborn child. So quite often, a doctor might consider a C-Section. The website also notes that “any pregnancy after age 40 is considered high risk.” So if Robyn falls pregnant, she’ll need close monitoring for potential complications. These include “high blood pressure,” “preeclampsia,” and “gestational diabetes.”

What are your thoughts about Robyn Brown wanting more babies in the Sister Wives teaser? Sound off in the comments below.