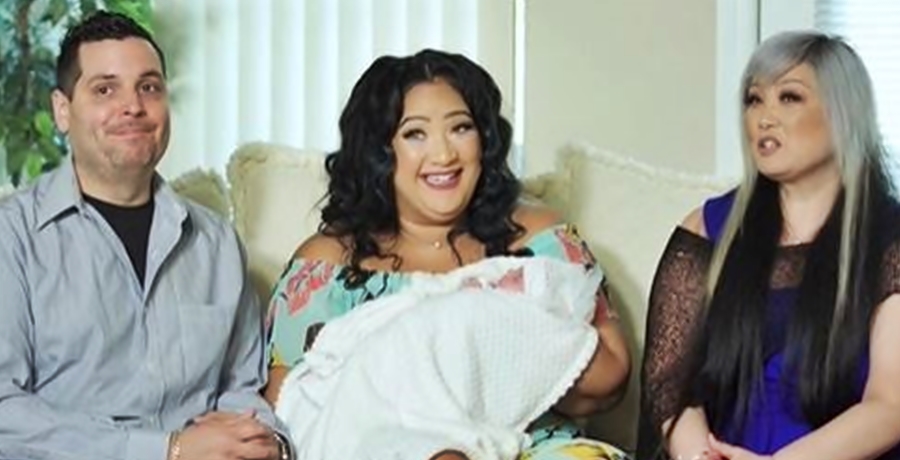 sMothered on TLC brings drama and often, the very cloying moms take a lot of heat but one duo and a baby tested positive for COVID-19. Therefore, criticism turns to concern at the unhappy news. So, it is serious? Could the family face an uncertain future? Importantly, is the baby okay? Naturally, fans sent in their prayers and best wishes when they heard the news.

The worrying news came via Sunhe and Angelica who share an Instagram account. On April 7, Angelica posted all about it. Apparently, her mom, her daughter, and Angelica all tested positive for COVID-19 at the end of March. Fans might recall that Sunhe and Angelica shared their bathwater and even shared the same bed on occasion. So, fans thought that seemed a bit over-the-top. However, fans grew irritated and upset when Jason, Angelica’s guy finally decided to officially divorce his ex. Sunhe got slammed for questioning his ex, Vivianna, and for interfering in their split.

At the end of Season 2 of sMothered on TLC, fans heard that Sunhe even named Angelica and Jason’s baby. InTouch Weekly reminds fans that Angelica welcomed her first child with fiancé Jason.” They gave her the name of Amara and the cute kid arrived on June 10, 2020. Now about nine months old, Amara fell sick with COVID-19. However, Angelica said on Instagram that she only presented the symptoms of a cold. Actually, she seems more concerned about her mom, Sunhe.

Fans of sMothered on TLC heard from Sunhe back in January. She said that becoming a grandma literally gave her new life. It came when she reminded fans that she suffered “debilitating” pain after a back injury in 2019. Fearing she might never walk again, she noted, “[I’m] entering the new year with hope, healing and gratitude for the future.” Well, her hopes for a good 2021 seem a bit dashed as she fell very ill with the coronavirus.

In her post, the TLC star told sMothered fans that she thought she, her mom, and the baby suffered from “allergies.” However, they went for tests and they all tested positive. Angelica told her fans she didn’t get a fever, but her mom did. Unfortunately, Sunhe struggled with breathing, so Angelica rushed her to “urgent care.” Angelica added, “The doctor said Covid attacked both of her lungs & she was diagnosed with pneumonia.” Treated with “2 different antibiotics,” the long-term outcome is unknown at this time.

The new mom from sMothered on TLC told her followers that doctors still can’t say what damage happened in her lungs. Later, the doctor plans for some “X-rays to determine what should be done.” Fans know that Sunhe really believes in God, so obviously, they pray for her full recovery. In her caption, Angelica thanked everyone for “extended prayers.” Sunhe might be recovering from her pneumonia and Angelica claimed that prayers “worked.” Many fans responded and said they pray for Sunhe and her family as well.

Hopefully, very soon, Sunhe from sMothered on TLC feels better and doctors fix any damage they find in her lungs.