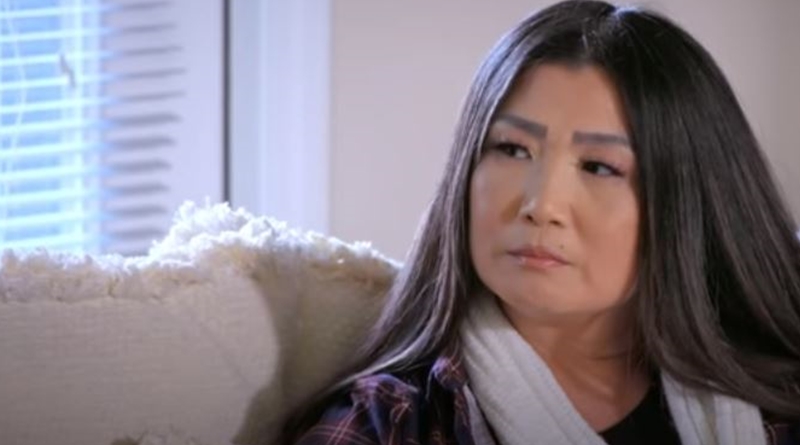 sMothered returned with season 2 on TLC in May this year. Several cast members from the previous season returned. Among them are Sunhe and Angelica. Angelica fell in love with Jason in the last season. And, he proposed to her.

But, it emerged that he wasn’t yet divorced from Viviana. This season, fans see the divorce proceedings. Angelica’s mom, Sunhe got slammed for insisting on being at the signing. Meanwhile, fans think there is something dodgy about Jason.

sMothered – Sunhe and Angelica from season 1

Season 2 of the TLC show features some very bizarre newcomers. While much interest focuses on Mary and Brittani who shower together, the old cast members don’t get forgotten. In Sunday’s episode, Sunhe and Angelica returned and their story line picked up with Jason.

Starcasm reminded readers that “last season Jason finally gave Angelica a diamond ring after dating for years.” However, he remained married to Viviana. Naturally, Angelica and her mom Sunhe want that detail cleared up and out the way.

Jason didn’t seem keen that Sunhe insisted on attending the divorce signing. However, fans note that Jason seems reluctant to tell Sunhe where to get off. Between Angelica and her mom, Jason seems a bit of a wet blanket, fans think. Well, finally, they all went off to the court for the signing.

Sunhe’s super-suspicious of the whole thing. She discovered that Jason and Viviana still share a bank account, years after they split up. sMothered fans understand that Sunhe might well entertain her suspicions. But, they feel she’s way too controlling.

Sunhe seemed very pushy and got a hold of Viviana. She pestered her with lots of questions, and at one stage, Viviana revealed she still holds feelings for Jason. Jason just stood there and didn’t interfere, so fans thought he acted in a spineless way. One fan said about Sunhe, “The nerve of Sunhe. Nothing would ever sit well with you. The things you do to your daughter are mortifying. Why are you there? Divorce is tough enough between two people, you shouldn’t be there.”

Another sMothered fan wrote, “I think Sunhe loves to control everything because once she loses that she will be alone. Sunhe loves the power she holds over her daughter and it has nothing to do with Angelica or her daughter’s happiness. it has to do with control. She’s incredibly overbearing.”

Some angry fans felt they could just imagine reaching out through the TV and smacking Sunhe.

Sunhe is rude as shit period. The fact that you forced your daughter who's already uncomfortable to attend this meeting And then you have the nerve to question his ex-wife when she's emotional and hurt. Her old ass needs a damn hobby or sisterhood circle. #smothered pic.twitter.com/fCjmUbtODY

Jason never got off scott free either, as he seems too weak to speak up. Plus, fans think it’s dodgy that he proposed to Angelica while still married. One fan noted, “Jason should have grown a set of balls and told her to leave the room, she had no [business] there, (sic).” Meanwhile, another fan wrote, “Jason is not the stand up guy that he is pretending to be. But Angelica will never figure that out cuz she is trying to rebel against her mom and is not seeing the whole picture clearly.”

While people condemned the sMothered mom, some fans understand some of her issues are real. This fan commented, “Jason should have filed for the divorce a long time ago when him and Angelica became serious. and I agree with sunhe in that matter though she still has major issues regarding her relationship with her daughter.”

As much as I dislike Sunhe, there is something very untrustworthy about Jason #sMothered

What did you think of Sunhe insisting on going to the signing of the divorce papers? Is she way out of line and too controlling? Do you agree that Jason a little bit shady? Sound off in the comments below.

Remember to check back with TV Shows Ace often for more news about TLC’s sMothered.