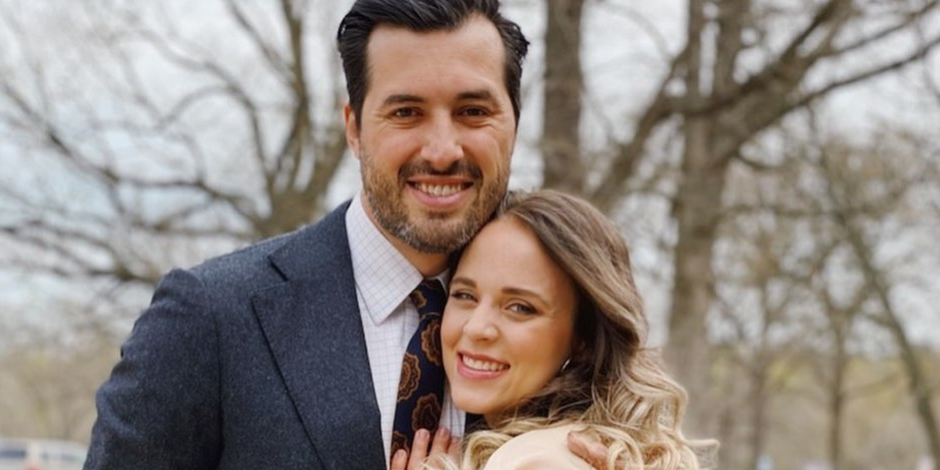 As TV Shows Ace reported, Jinger and Jeremy Vuolo promised that they would be sharing a big announcement with fans. Now, the news has finally broken. What did the Counting On couple announce?

On Instagram Wednesday, Jeremy and Jinger both posted on social media to share about their exciting announcement coming up. Jeremy wrote, “We’ve got some news we are VERY excited to share with you all!”

After the couple revealed that they had something to share with fans, their social media followers began making guesses in the comments section. Fans guessed everything from a new baby on the way to a new business. Some also wondered about a possible Counting On renewal. A few fans thought that Jeremy and Jinger might be getting their own show.

On Thursday afternoon, Jeremy and Jinger posted an IGTV video to talk about their news. In the caption of his post, Jeremy writes, “WE WROTE A BOOK!”

In the video, the couple talks about the book, saying that it allows readers to dig deep and connect with them in a different way. As TV Shows Ace reported over a week ago, the book is already available for pre-order on Amazon. The announcement came out after fans had tracked down the book online.

You can watch the announcement video here.

You can order the book on Amazon now or when it’s officially for sale on May 4.

“TLC’s Counting On breakout stars Jeremy and Jinger Vuolo share their love story, a behind-the-scenes glimpse into their lives together, and the hope that drives them every day.

Jinger Vuolo did not have what you’d call a typical childhood. The sixth child of Jim Bob and Michelle Duggar’s nineteen, she grew up with the bright lights of television crews in her home, filming the hit TLC show 19 Kids and Counting. Jinger has always been a fan favorite, and now she and her husband Jeremy are the breakout stars of the show’s sequel, Counting On.

In The Hope We Hold, Jeremy and Jinger Vuolo share the highs and lows of their love story. They open up about the early days of getting to know one another, their long-distance relationship, and the many sleepless nights of their time as new parents. But throughout all their stories, just below the surface, weaving together every triumph and trial of their lives, is the silver thread of hope.
Though they don’t pretend to have all the answers, they can promise that there is hope in Christ for every person in every walk of life. There is an inheritance of glory, a life richer than we can imagine, if we only walk with Him.”

So, what do you think of Jeremy and Jinger Vuolo’s big news? Were you expecting this? Let us know in the comments below.