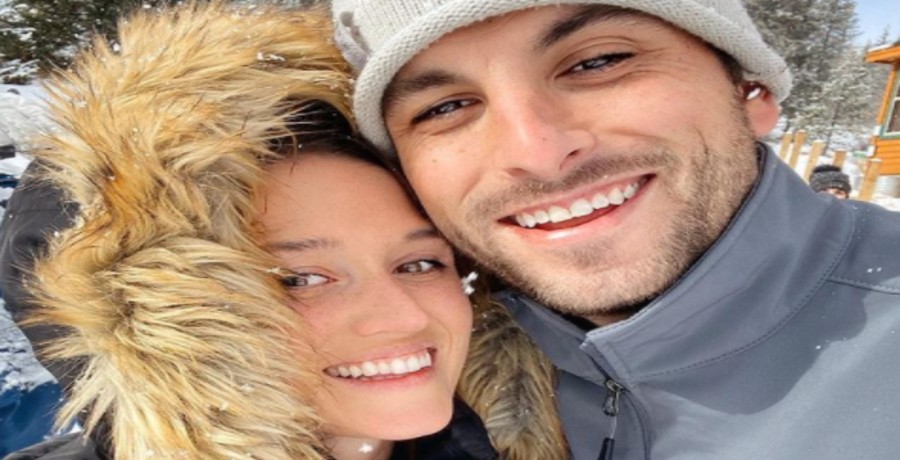 Going to the beach to find love can be terrifying, for Jade Roper, it was so scary she couldn’t perform an important bodily function for ten days. Roper now happily married to Tanner Tolbert, who she met on Bachelor in Paradise has three kids. She’s always been very open with fans and a recent Q and A was no exception.

She answered lots of questions about her time in the franchise, herself, and her kids. The first question simply asked, “how are you?” She said, “Overall, good. Healthy and thankful. But surviving.” She went on to say she felt tired and burned out. Roper said she wished she felt more creative. She shared thriving on love from her babies is getting her through it. A fan asked if the rooms at the mansion were assigned for contestants. She said they are at the mansion, but when you traveled, pre-Covid, you got to pick.

What Was The Deal With Jade Roper’s Bowels?

Later, a fan wasn’t willing to let that go without an explanation. They said, “wait what do you mean you didn’t poop for ten days on BIP?” Jade said everyone had to hear her complain about it. She expressed being backed up and dehydrated. Jade offered a behind-the-scenes bit of tea. She said most of the cast had the opposite problem. Jade said Tenley Molzahn tried to help her with a colon massage.

She Answered Several Questions About Her Kids

Jade Roper answered fans’ questions about her kids during the session as well. When asked what her favorite mommy time thing to do was, she had an answer ready. “Drinking my cup of coffee in the morning when no one else is awake,” she said. She also said going to Target without a time limit was another good one.

They asked how Emmy liked school. Jade replied she loves it. She said her little girl told her she has two best friends. Jade also gave advice to a new mom who asked about her kid’s sleeping. She told her to go with her gut. If sleep training isn’t for her, she’ll know. When asked if she would write a book, Jade said she’d be interested. She said it would have to wait until she was getting more sleep and her brain could function better. Jade thought it would be good to write a book about early motherhood. She said Reed was most likely their last baby. What do you think about Jade sharing her bathroom troubles? Comment with your thoughts below.