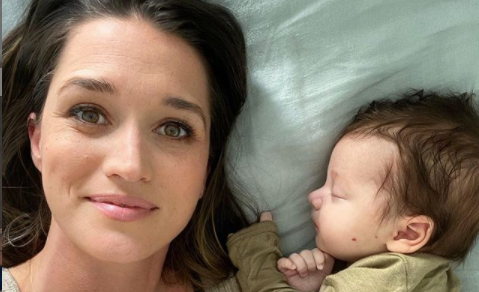 Jade Roper recently commented on how much Bachelor in Paradise has changed since she was on it. Jade started her journey with Chris Soules as a contestant. She ended up getting married to Tanner Tolbert after they met on the beach.

They now have three children together. Jade recently said her only regret going on the show was not feeling more empowered. She showed Chris her Playboy photos and felt shamed for them. Jade said she wished she’d been prouder. She loved Paradise a lot more. Roper said, “I spent more time with Tanner in two days than I did with Chris Soules in seven weeks, you know?”

Jade Roper said things are a lot different than they were when she was on the show. She referenced Bachelor nation hanging out together. Most recently that included a Nashville birthday bash. Spencer Robertson, Kelsey Weier, Chasen Nick, Chris Randone, and Victoria Fuller were just some of the people there.

Previously Madison Prewett, Noah Erb, Ivan Hall, and Connor Saeli were all together. Periodically a lot of the cast members hang out like Bennett Jordan and Ed Waisbrot, who was also at Kelsey’s birthday party. Kelsey has hung out with Kelley Flanagan and Hannah Ann Sluss, despite champagne-gate.

Jade said, “we were discouraged to meet each other or talk to each other before we went on the show. They wanted the onscreen time to be the first time anybody met.” Fans know that’s not true of every season. There was the Blake Horstmann, Hannah Godwin, Caelynn Miller-Keyes mess at Stage Coach.

Jade Roper gave potential cast members advice according to US Weekly. She said, “I would just say enjoy it and have the good conversations because you get that time.” Jade said she knew Tanner was serious about her on BIP because he had planned to go back to work. When he met her, he called and told them he wasn’t coming back. They could fire him if they had to. He kept his job and got the girl.

She revealed when proposal day came for her, she’d run out of dresses. In a panic, because she thought something was going to happen, she had to have the stylist help her find a dress.

The red one they picked, did the trick. Now, a marriage in 2016 and three kids later, the rest is history. News about the season of BIP is still coming out. With the pandemic still a factor, it’s unclear what it will look like. What do you think about Jade’s advice? Do you think everyone hanging out ahead of time ruins Bachelor in Paradise or makes it better? Comment with your thoughts down below.