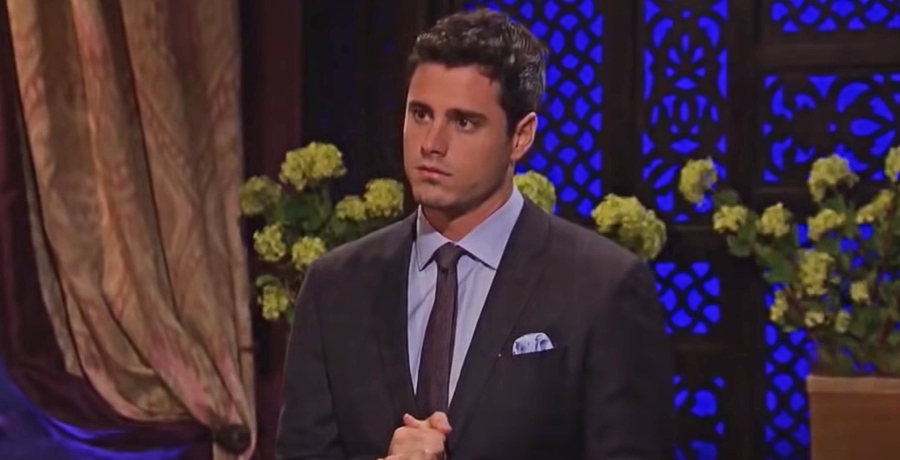 Ben Higgins announced on Instagram that he’d lost someone very close to him. The Bachelor star has been in the news a lot lately due to speaking about Chris Harrison and releasing a new book. He said his grandfather was ninety-five and passed away last week. Higgins said he was processing the loss, so it took him a while to post.

Ben said, “his approval and attention always mattered to me. I admired him and watched carefully his every move.” He said he was a WWII veteran and a superhero to him.

His Grandfather Helped Him Get Clean

According to People, Ben Higgins opened up about his addiction to painkillers. He revealed he’d taken them from his grandfather. The addiction started when he injured his knee and wasn’t able to pursue a career in football. Before college, he’d talked to his family about it and even realized he had a dependency.  Then, they didn’t really address it after that. He described coming to terms with his addiction as a, “slow fade.”

Sharing his addiction story with others gave him the confidence to be vulnerable. He said, “And as I shared more and more about my life and my insecurities, it actually became the thing that connected me with others.”

It was after he took the pills from his grandfather he started asking himself what he was doing. That was when he confronted his addiction. He said he looked at himself taking pills from someone who truly needed them and realized he needed help. He realized then he’d been hiding things from people because he indeed did have a problem.

Ben Higgins had fond memories of his grandpa including riding with him on a gator, building a fence, and harvesting his first deer. Bachelor nation sent Ben their condolences. Jared Haibon said, “I’m so sorry for your loss. Love ya buddy. Blake Horstmann sent heart emojis. Derek Peth said, “it sounds like you were blessed with learning from a great man.” Wells Adams said, “he seemed super rad.”

At the end of his post Ben said, “with a tear in my eye but a peace in my heart, I say rest in love grandpa.” He expressed sadness he wouldn’t see him get married, but said, “I promise you believe it or not it will happen and I am a very lucky guy.” He is engaged, happily, to Jessica Clarke who wasn’t someone from Bachelor nation. She did appear on Bachelor: Greatest Seasons Ever when they aired Ben’s season.

Ben Higgins revealed he’d been addicted to painkillers in his new book. It has a very long title, Alone in Plain Sight: Searching for Connection When You’re Seen but Not Known. “Will you be buying Ben’s book?

Jessa Seewald Might Be In Labor With Baby Number Four: See Photos
Lauryn ‘Pumpkin’ Efird Gives Birth To Baby Boy: See Photos & Details
Nanny Faye Says ‘Free Britney’ And Fans Are Here For It
‘Days Of Our Lives’ EXCITING Comings & Goings: Johnny DiMera All Grown Up – Rex Brady Back
Todd Chrisley ‘Not Afraid Of Lawsuits’ Amid Being Sued For Slander