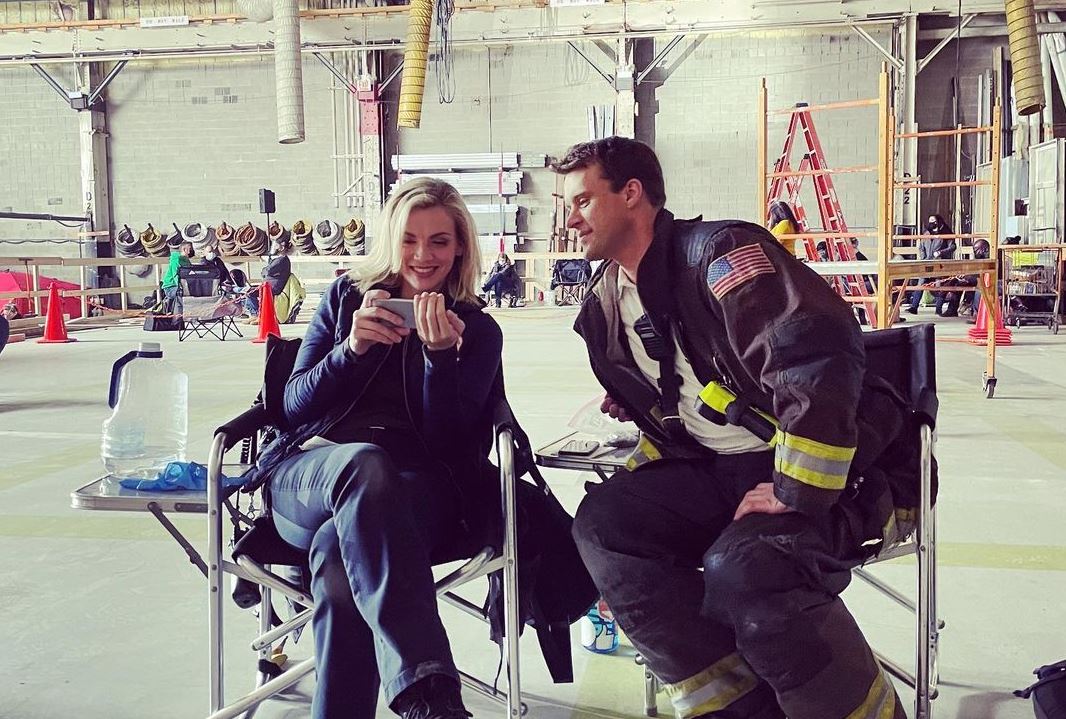 Chicago Fire fans watch Brett and Casey each week wondering if they will or won’t be together. At one point, it looked like it was going to happen. Now, Brett seems to have moved on. It turns out, that she isn’t fully into her new relationship. Could she be leaving room open for a Brett and Casey romance?

Sylvie Brett (Kara Killmer) and Greg Grainger (Jon-Michael Ecker) are dating, but things are pretty new in this relationship. In the new preview that Us Weekly shared, Stella says, “Look at you two spending the night together.” But Brett makes sure she knows that isn’t the case. She says, ” No, we didn’t. We just had breakfast.” She is making it clear that there are no sleepovers happening.

Brett even goes on later to say to her friends, “Things are really good with Greg, I’m just not quite there yet.” It doesn’t look like this one is serious.

What? They never give us Brett and Casey in promo photos. 👀#ChicagoFire #brettsey pic.twitter.com/Y0Vf7IDavd

Could this leave room for Casey?

Everyone knows that Casey seems bothered that Brett has moved on. There is constant chemistry between these two. Now, it looks like there is still a chance for this couple. If things don’t work out with Brett and Grainger, you can assume she could end up right back in Casey’s arms. They are still struggling over the fact that Casey might not be quite over Gabby. If she was still there in Chicago, there is a good chance they would still be together.

Fans on Twitter are going a bit crazy and sharing their thoughts on this couple. There is still a lot of hope that Chicago Fire will eventually put Brett and Casey together. Here is what fans had to say.