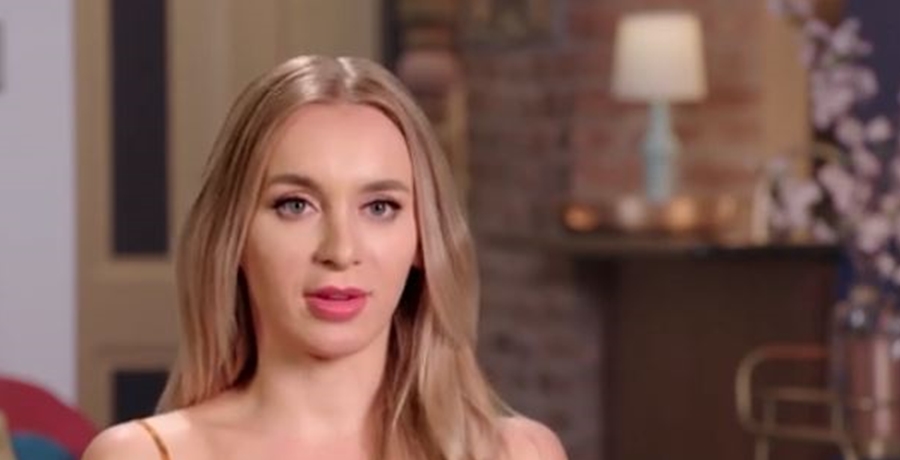 Yara Zaya’s baby finally become official this weekend. Actually, TLC fans already knew that a baby came along for the 90 Day Fiance couple. However, until, now, she and Jovi Dufren kept very quiet about their little girl, Mylah. At one stage, the way TLC presented her thinking she might be pregnant confused fans a bit. Eventually, the news emerged that she probably gave birth in September last year. Now they opened up about their baby, Yara seems woefully ignorant about raising babies.

Back in January, some fans seemed very confused by a scene in 90 Day Fiance. Recall, Yara planned a pregnancy test. However, fans suspected she gave birth already. At the time, she told a friend she felt sick and she feared fertility problems as she already experienced a miscarriage. So, she did a test and declared herself pregnant. Nevertheless, eagle-eyed fans spotted the test result only revealed one line instead of two. One fan noted on Twitter, “Yara read the pregnancy test wrong. Why didn’t the producers explain it to her?”

One TLC fan noted that they heard Yara Zaya’s baby already arrived a few months previously. According to Monsters & Critics, a baby registration confirmed requests from September. Additionally, the wish list suggested they produced a baby girl. Plenty of items listed came in pink. Interest from 90 Day Fiance fans peaked again in February when a photo leaked that revealed the couple in Miami with a baby. Plus on April 4 fans saw the birth on TLC. They also saw the wedding take place.

Finally, opening up about Yara Zaya’s baby, she and Jovi talked with US Weekly this weekend.

In their conversation about Yara Zaya’s baby, the couple gushed about their little girl. Jovi Dufren seemed delighted that Mylah seems very much like her mom personality-wise. Mind you, he seemed less thrilled with the fact that relates to her rather “cranky” and demanding nature. The excited dad talked about how she smiles and laughs and cries and meets all the usual baby milestones.  However, fans might think that it seems a bit strange as his wife sounds really clueless about raising babies.

During the conversation about Yara Zaya’s baby, it emerged that she thought babies just ate “three” meals a day like adults. Plus, she talked about thinking that switching on the TV would keep a baby occupied for hours. Actually, she seemed really surprised that babies wake up at night. Also, she seems frustrated that baby Mylah won’t simply take to formula feeding so she can stop dedicating her time to breastfeeding. Certainly, Yara sounds woefully ignorant about babies. However, in fairness to her, she admitted they had “no clue.” So, they attended classes via Zoom.

Are you surprised to discover that Yara Zaya’s baby surprised her as she won’t sleep through the night or stay quiet just watching TV? After all, it’s not that hard to search Google for information about feeding, sleeping, and other baby-raising info. Sound off in the comments below.