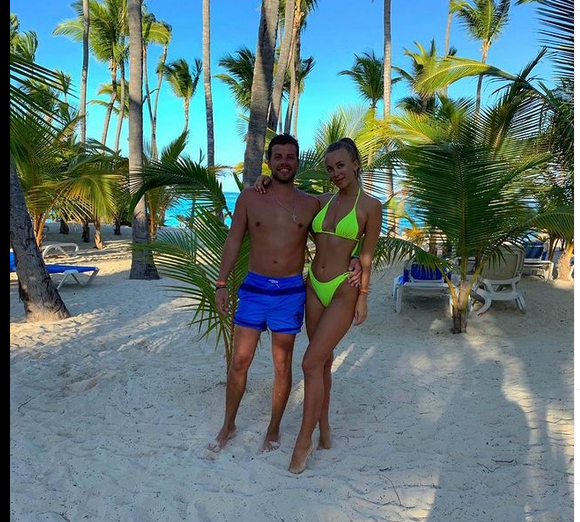 On the recent episode of 90 Day Fiance Season 8, Yara was going to get a pregnancy test. But the couple might already have a baby!

Do Yara and Jovi Already Have A Baby Girl?

While Jovi was working overseas, Yara opened up to a friend that she was feeling sick. Since her symptoms were similar to that of a pregnant woman, she had to be sure. She says, “After the first pregnancy when I have miscarriage probably for me it will be so hard to get pregnant again.” After going home, she says she found out that she is pregnant.

This result is contrary to what we see in the episode. As she shows her friend the test, you can see that it only has one line instead of two. “So Yara read the pregnancy test wrong. Why didn’t the producers explain it to her?” One fan wrote on Twitter.

The night before Jovi left for work,  Yara told him about her plans. She said, “I told him I am not ready to have kids.” She later admitted just to tell him about the pregnancy when he returned from work.

One fan writes, “Heard she had a baby girl a few months back. I hope they can make it work considering.”

According to Monsters & Critics, there was a baby registry that was leaked. It showed a baby registry on Amazon for goods to arrive on September 10th. The items included baby clothes, diapers, feeding bottles and toys. Most of the items were pink to suggest their newborn was a girl. It seems the young YouTuber got her happy ending with Jovi.

One fan said, “There’s a marriage certificate or license for Vegas for them. & a baby girl registry.” Many speculate they had a Las Vegas wedding right before the baby arrived.

90 Day Fiance Fans Know It All

In the next episode, Yara had told Jovi about the pregnancy, and he did not seem so excited about the news. She said, “I’m afraid that Jovi will not stop partying. I don’t have a job yet, I just came to this country, and with Jovi’s work schedule, it is impossible to have a baby now.”

Jovi Dufren and Yara are known for getting into heated arguments on the show.

Fans scrutinized Yara’s scene on the show when she visited the doctor. One says, “Neither of the two boxes she purchased are first response pt’s. But when it shows her opening the wrapper for the test, it’s the first response. They stage so much, it’s frustrating.” After openly admitting she did not want kids, many thought it was irresponsible she could not prevent it. Another fan adds, “People have unprotected s*x and then shocked when they get pregnant never fails to be ridiculous.”

On @90dayfiancethemelanatedway, loyal fans of the show shared their suspicions about Yara’s baby. “She’s already had the baby. These episodes are taped long ago,” one explains. Another added that is why during Yara’s confessionals with the yellow dress always cut above her stomach.