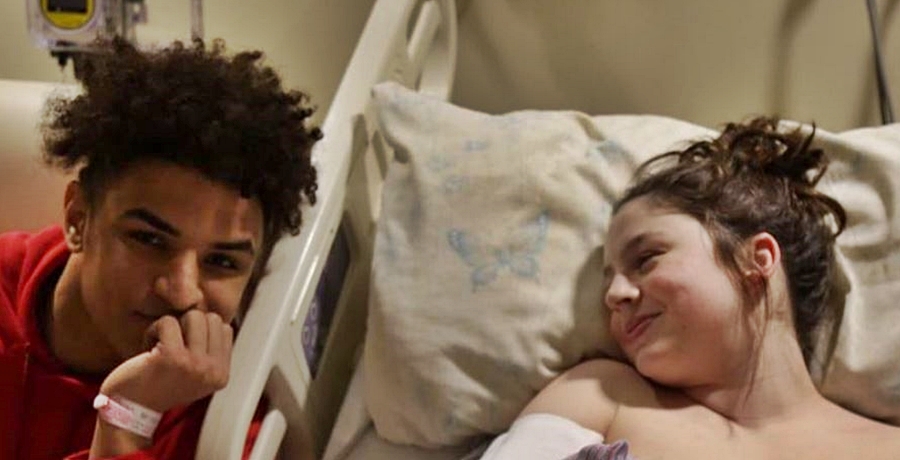 Unexpected on TLC stacks up the drama between Tyra and Alex Wilson at the moment. Actually, so far, a lot of criticism went the way of Tyra. However, fans now turn their attention to Alex. Fickle in loyalty, critics now stand up for Tyra and slam her baby daddy. It came after Tyra alleged that Alex cheated on her and his other girl stalks her on social media. So, that more or less confirms rumors that the couple possibly split.

Unexpected on TLC drama between Tyra and Alex Wilson

In March this year, fans began wondering about Tyra and Alex. Recall, she went off to college. However, when she returned, she seemed very cold toward Alex Wilson who dedicated his time to parenting their child, Layla. Fans simply grew confused as he asked her out for a date, but she tried wriggling out of it. Despite all his kind overtures, she pushed him away from her. So fans wondered if she found a new boyfriend at college. Previously quite a tight couple, fans also grew perplexed as Alex made a magnificent effort parenting their child. And yet, it seemed like Tyra found every opportunity to criticize him.

After that, the opinions about Tyra slipped down among her fan base. In the Unexpected on TLC preview for Monday’s episode, fans slammed Tyra. This time, she took the baby and complained Alex isn’t interested in her. She claimed that she loves him, but fans thought she took him for granted. After all, she came with an icy-cold attitude first. When he tried loving her, she pushed him away. In support, of Alex, some of them blamed her for Alex losing interest.

Many TLC fans slammed Tyra and suggested that she attends college closer to home and stops taking Alex for granted.

Fickle fans turn on Alex Wilson for cheating on Tyra

Over the Easter weekend, Unexpected on TLC saw a lot of drama on social media. When Tyra held a Live on social media, she spilled about Alex cheating on her. Plus, she dissed his side-piece as a stalker. So, she took to social media and responded. @tlc.unexpectedtea shared the post on their Instagram page. Alex Wilson cheated with her, she admitted, but she also feels that attacking Tyra with messages hardly qualifies as “stalking.” Additionally, she claimed that Alex told her he and Tyra no longer dated.

Naturally, for Unexpected on TLC fans, opinions turned against Alex really fast. Perhaps they forgot that Tyra cold-shouldered him first. Certainly, as she refused to date him or even act like his girlfriend, maybe he felt he and Tyra really no longer had a relationship beyond parenting Layla. Whatever really happened, fans hate a cheater no matter what justifications they try using.

In a post shared by Tyra about Layla, many fans complained about Alex cheating. Unexpected on TLC critics said some harsh things about Alex. one of them noted, “ughhh 😡😡😡😡 I hate him now.” Meanwhile, another one commented, “he’s a gross cheater.”

What are your thoughts on fans supporting Alex one minute and turning on him for cheating soon after? Do you think that when Tyra pushed him away he lost interest in her? Or, was he cheating on Tyra all along? Sound off your thoughts about this drama from Unexpected on TLC in the comments below.