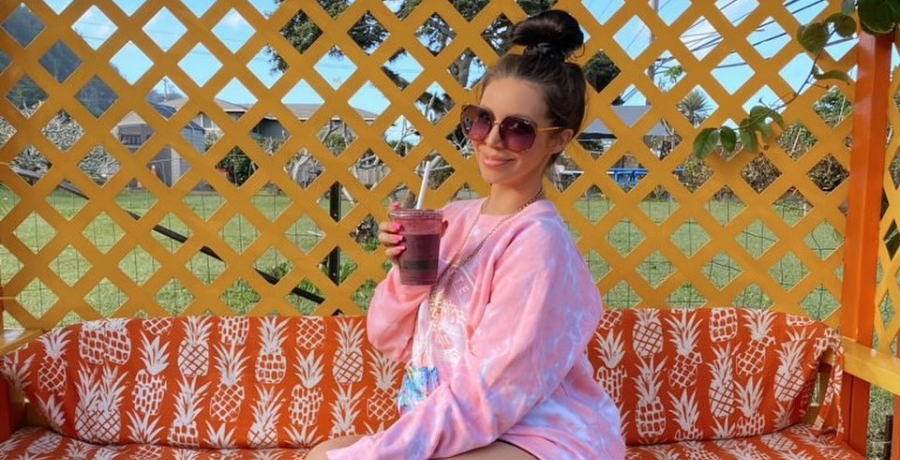 Scheana Shay is getting major backlash for her maternity shoots. The mom-to-be has been over the moon about her “rainbow baby.” She’s been sharing her pregnancy journey with her followers on social media. Most of that journey includes her ultra-glamorous maternity shoots. Critics think it’s distasteful since it sexualizes mothers and gives an unrealistic view of pregnancy.

Others are just annoyed with the constant photos. They want to see something else on Scheana’s Instagram feed. Her three most recent Instagram posts feature photos from her latest maternity shoot. The Vanderpump Rules star just had a maternity shoot in Hawaii back in February, and fans slammed her for it. They feel that the pregnant reality star shouldn’t travel amid the coronavirus pandemic.

That’s how her followers feel. For the past week or so, Scheana Shay posted photos of herself in the buff and embracing her baby bump. In the first photo shot by Mona Marandy, she wears nothing but a sheer sheet over her body. She embraces her bump as her boyfriend Brock Davies gives her a hug from behind. Some fans noted that it looked similar to Lala Kent’s maternity shoot for People Magazine.

In the next post, Scheana shared two photos of herself wearing a pink and white sheer gown. She wore her signature dark brown hair straight with a middle part. Earlier this week, Scheana shared yet another outtake from her photoshoot. This time, she wore a black chainmail mini-dress that left little to the imagination.

Now, fans are over the glamorous photos and want to see something different. Here are just some of the comments:

Scheana Shay has since responded to the backlash. She agreed to a fan who defended her in the comments and wrote: “she def does share [her pregnancy journey] , especially in her blog and stories [sic].” The reality star responded: “exactly!! And I’ve had a great pregnancy. Sorry I haven’t been complaining? Lol.” Then she followed up and explained that the “‘reality’ part of my pregnancy is in my stories and on my weekly vlogs. I’m not sure what more I could do.”

One fan mentioned that maybe Scheana “should show pics of morning sickness, hemorrhoids, cravings, and mood swings?” The “Good As Gold” singer admitted that she hasn’t had a rough pregnancy. “I’ve been very blessed with an easy pregnancy thus far,” she added.

In her latest Instagram post, Scheana Shay got major support from her followers. One wrote: “I know you’ve gotten grief for posting so many pics but I will say I regret not having a maternity shoot with any of my 5 because I was made fun of for wanting one. It’s great that you are so confident in yourself so screw them.”

The Boy Crazy founder responded: “thank you! Ya idc. It’s my page. If ppl don’t wanna see pics OF ME, they shouldn’t be following me lol.” From there, Scheana was met with praise from her fans. They all agree that her photos are beautiful and it’s nice to see a different side to pregnancy.

Even her Pump Rules co-star Ariana Madix has been sharing her support in each of her posts. The two have remained close, even outside of the show. Scheana shared support for Lala when she gave support. However, she confirmed that they are no longer friends after their social media feud.

What are your thoughts on Scheana’s maternity shoots? Do you think she’s glamorizing pregnancy? Sound off below in the comments.