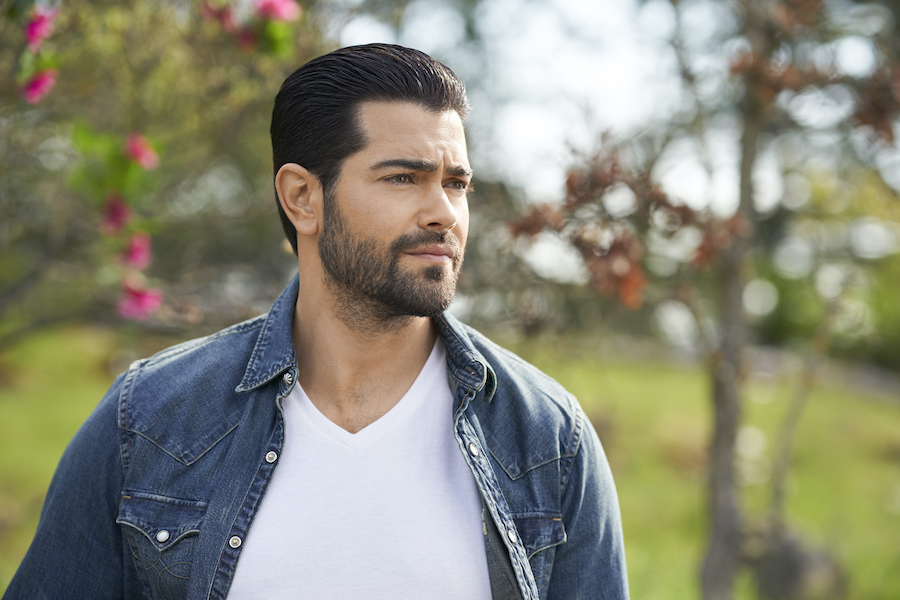 After five seasons, Jesse Metcalfe is leaving Hallmark’s Chesapeake Shores. What do we know about the former Desperate Housewives actor’s other Hallmark series and his future with the network?

On Wednesday, Chesapeake Shores fans were shocked to learn that Jesse Metcalfe is leaving the Hallmark series. According to Deadline, Crown Media, Hallmark’s parent company, made a statement.

“A new season of Hallmark Channel’s highly popular scripted series, Chesapeake Shores, is returning this summer. Jesse Metcalfe, who plays Trace Riley, has decided to leave the show. His character’s storyline will wrap up early in Season Five.”

Currently, Jesse is in the Vancouver area filming Chesapeake Shores. He and his character, Trace Riley, will be leaving early in Season 5. There will be a total of 10 episodes for Season 5.  Chesapeake Shores will be airing on Sunday nights, premiering sometime this summer.

Although production does not start until April, Jesse is already filming scenes.

This is quite a shocker, especially as Jesse himself has previously said that he “tailor-made” this role. Speaking to the Watch With US podcast, he explained that although the series is based on the books by Sherryl Woods, he was given the “liberty” of changing the main character. He made Trace be just like himself.

So, his leaving is quite a surprise to fans. He has not made an official statement to explain why he is moving on. Could there be more announcements?

Now Jesse Metcalfe fans want to know if the Dancing With The Stars contestant is leaving the Hallmark Channel altogether. He currently stars and produces Martha’s Vineyard Mysteries. Will he be leaving that series as well? Thankfully no. He will continue to play Jeff Johnson.

According to the statement, “Jesse is a valued member of the Crown Media family; we look forward to continuing to work with him on projects, including original movies on Hallmark Channel, as well as his Hallmark Movies & Mysteries’ movie series, Martha’s Vineyard Mysteries, the next installment of which premieres on May 16. In addition, we are currently in development on another movie in the series.”

That means that his mystery fans have a movie to look forward to on May 16. Jesse is also negotiating with Hallmark for another movie in that series.

Moreover, Jesse Metcalfe fans should feel some relief that Crown Media did mention that they did “look forward” to working with him on a future Hallmark movie. Hopefully, that will include a 2021 Hallmark Christmas movie.

He was noticeably absent from the 2020 Countdown to Christmas lineup. However, it seems that after the coronavirus pandemic shutdown all Hallmark productions for several months, he returned to filming his mystery series, and then competing on Dancing With The Stars. Hopefully, he will be back for more Hallmark romances.

There are also rumors about a Desperate Housewives reboot. Right now, that is all rumor. But, should there be something in those rumors, fans could see him on his former series again.

Hallmark will announce the premiere of Chesapeake Shores Season 5 sometime later this spring. It is expected to air in August, 2021.