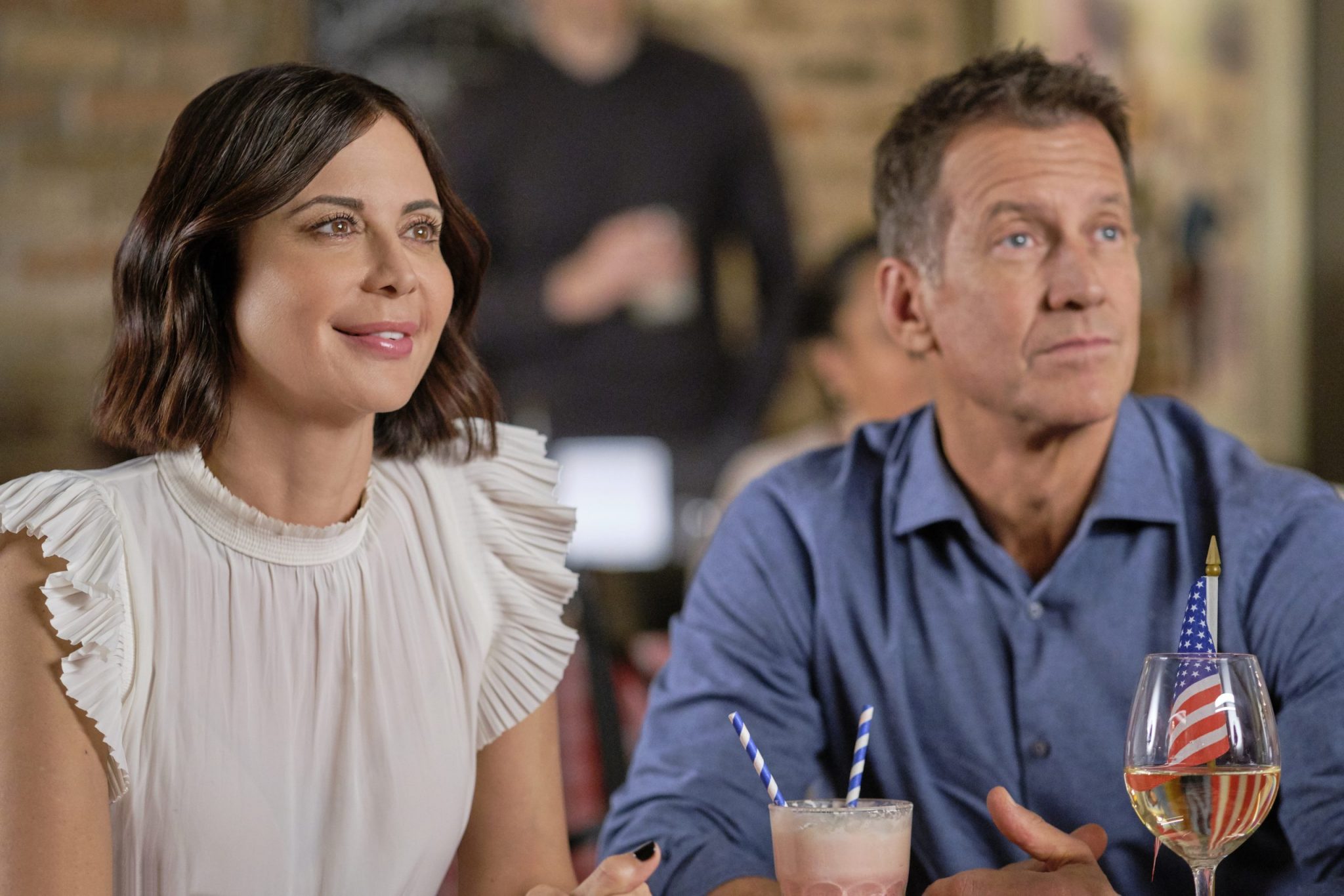 On Wednesday, Hallmark made some big announcements. Goodies in particular will be excited to learn that Good Witch Season 7 is a go! In addition, fans of Chesapeake Shores is returning for Season 5. What are the details?

Hallmark made it official and renewed Good Witch for Season 7. This means that stars Catherine Bell (Army Wives) as Cassie, and James Denton (Desperate Housewives) as Sam will be back. In addition, Sarah Power (Killjoys), Catherine Disher (Abby Hatcher), Katherine Barrell (Wynonna Earp), Scott Cavalheiro (The Indian Detective), Kylee Evans (The Strain) and Marc Bendavid (Murdoch Mysteries) will be returning.

There is no mention of Bailee Madison’s name. She left at the end of Season 5. Her character, Grace went off to college. Goodies are certainly hoping that Bailee may guest star for an episode or two of Good Witch Season 7.

Hallmark pointed out that with this renewal. Catherine Bell will have played Cassie Nightengale for 13 seasons. This is one of the longest running performances on television.

Anybody need a little GOOD news today.maybe a little Good Witch news?
I am so pleased to share this with you!! We will be back!Season 7!!🔮 it’s official ❤️
Thank u for yr endless support!!! Looking forward to getting back to “Middleton” very soon 🎉 https://t.co/EnNCT37dtE

On Twitter, Catherine Bell asked Goodies if they wanted some “good news today.” She then announced that Good Witch is returning for Season 7. She thanked fans for their “endless support.” Bell also said that she looked forward to returning to Middleton soon.

We don’t know how soon “soon” will be. Right now, Hallmark is returning full speed. The When Calls The Heart cast and crew are in Vancouver and getting ready to start production on July 20. Generally, WCTH airs in February, and Good Witch begins right after the last WCTH episode.

But, in the era of Covid-19, Hallmark may decide to try to get some filming started asap. This could include Good Witch. Either way, there are many safety precautions implemented to protect all cast and crew.

They are using pods. That means each department is a pod. And the goal is not keep each pod together, not have one pod member hang out with another pod.  Everyone wears masks. Food service is all individual. No shared buffets or bowls of candy.

They are also asking for as many people as possible to work from home. Some production jobs allow for this, but most of these movies need people interacting! This means lots of social distancing on the set. In addition, this means that they are going to film outside as much as possible.

Hallmark’s Chesapeake Shores Back For Season 5

Last Year, Jesse Metcalfe spoke to ET and shared that Chesapeake Shores fans like that they tell “real life stories.” He went on to explain, “There’s ebbs and flows in real life and things are not always perfect but if something is meant to be, then it will be.”

Thankfully Hallmark renewed both Chesapeake Shores and Good Witch for another season!