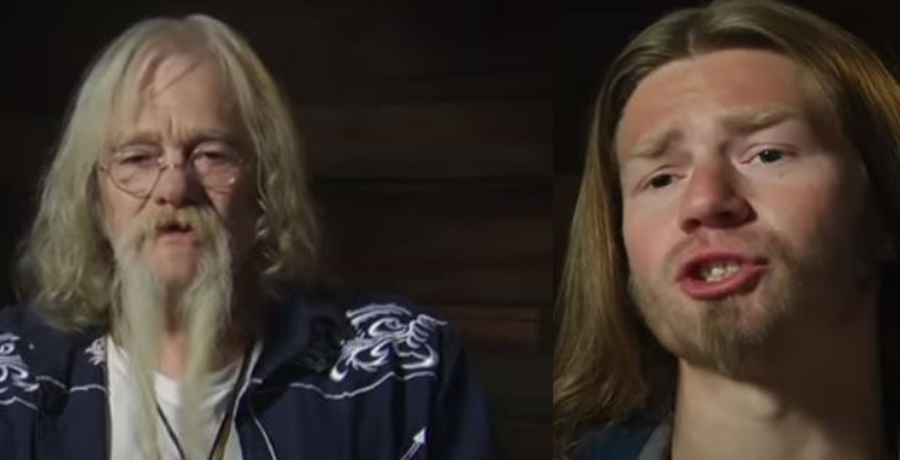 Bear Brown’s dad Billy passed away suddenly in February and many fans of Alaskan Bush People mourned his passing. Of course, for Bear and the rest of his family, the pain goes much deeper than that of Discovery fans. Recall, he and Raiven revealed earlier that month, that they plan on marrying. It’s not clear if that happened before his dad died. Now, at full moon, (Worm Moon) on March 28, Bear remembered his dad.

Billy passed away after suffering from an unexpected seizure. Discovery fans knew that he suffered from heart issues over recent years. However, whether the seizure-related to that or not, wasn’t confirmed at the time. What mattered though, was the terrible grief and sadness that the family suffered. Bear in mind, Billy wasn’t all that old. Born in 1952, he reached his 68th birthday, at least 10 years shy of the average life expectancy in the USA. The full moon brings very special memories of his dad to Bear Brown, so he shared a post on the occasion this month.

The Sun UK reported Bear Brown’s dad Billy got no mention in one post on Instagram. Initially, Bear shared a photo of himself, and another one of Raven. In the photo showing him, a full moon hung in the sky. Alaskan Bush People fans thought they split, as in his caption, he wrote, “Tonight my heart breaks.”

Naturally, fans jumped ahead with their presumptions and assumed yet another bump the road for the parents of baby River. The outlet noted that many fans chided him for worrying about his relationship when he should be grieving for his dad. However, they all got it wrong.

As Bear Brown’s dad Billy was the reason for the post that sparked rumors, Bear returned later and updated on it. In a newer post, he shared a throwback photo of his dad outdoors at night, His caption read, “Dad passed away over a month ago and it still feels like yesterday! I miss him so much!”

Next, he explained that he found the old photo and it brought back memories of that night. Bear added, “On this day we…hooked up a telescope!” Together they all looked at the moon. He remembers it as a “very good day!”

Clearly, Discovery fans shouldn’t jump to too many conclusions about the Alaskan Bush People star. After all Bear Brown’s dad Billy had nothing to do with the rumors that he and Raiven split this full moon.