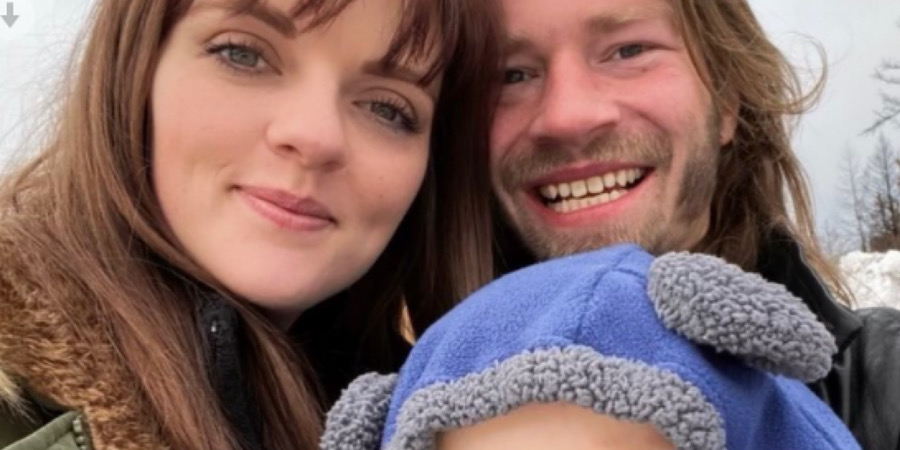 Bear Brown is about to be a married man. The Alaskan Bush People star took to social media to make the announcement. But, he kept it very vague, telling followers they would need to watch the latest season of the series for a better understanding. So, what’s going on with Bear and Raiven? It is anybody’s guess.

Baby River was born in March but Bear did not get to meet his baby boy until September. Due to Covid, he wanted to be safe when he finally got to be with him and sadly, that took longer than they had hoped. Getting to be with his baby and reconnecting with ex, Raiven made them see the spark was still there. As with most big or good news, Bear took to Instagram to share they were back together. ″Hey everybody! I have some awesome news I’d like to share with everyone! After meeting River in person and seeing Raiven again we found out that we both still have feelings for each other, so we’ve decided that instead of being co-parents we are going to be just parents!″

It gave a new hope for the couple who had only been engaged for two weeks before calling it quits. In December, Bear did not hold back when it came to sharing how he felt about Raiven on her birthday. He deemed her the most “important person” in his life and posted a photo of his little family. It all seems very promising for the couple or one would hope.

Soon To Be Husband And Wife

Out of nowhere, Bear has announced a wedding is on the horizon. There was no engagement announcement as the couple has only been back together for five months. As mentioned, their first engagement only lasted two weeks. It appears Bear and Raiven are just jumping from boyfriend/girlfriend to husband and wife. The big question: is this just for the television show and ratings? Or do they really want to make this a lifelong commitment? Apparently, there is more to the story than just a small Instagram blurb but fans and followers must tune in every week to find out.

It has been a long road for the couple who met in 2018 at Bear’s brother, Noah’s wedding. It took a year for them to come out publicly with their romance. But, quickly after that, they were expecting a baby and it was up and down. Covid did not help the situation but Bear was not even in attendance at River’s birth. Hopefully, this is the right time both of them and they can live happily ever after.

You can watch the excitement unfold every Wednesday night at 8pm only on the Discovery Channel.