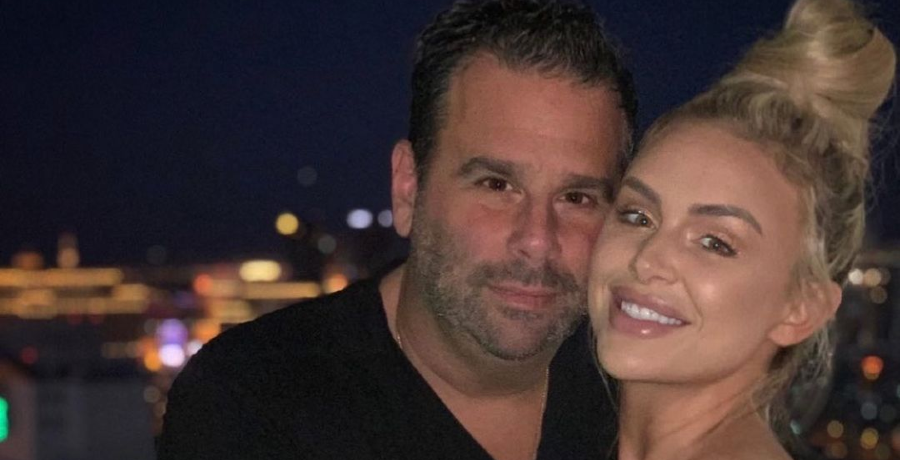 Lala Kent and Randall Emmett had a date night just two weeks after welcoming their daughter. As TV Shows Ace previously reported, Lala gave birth to her daughter, Ocean. The Vanderpump Rules star made an appearance on her fiance’s Instagram account. Check out the first photo of her postpartum body below.

On Sunday, March 28, Randall Emmett shared a photo of himself with his fiance. Both of them were dressed up for the occasion. The couple celebrated the Hollywood producer’s 50th birthday. He wore a black T-shirt and pants with a Gucci windbreaker. Meanwhile, Lala Kent wore a black sheer top that showed her black bra underneath. She paired the sexy look with camouflage cargo pants, white ankle boots, and black hoop earrings.

“Amazing birthday dinner last night!!” the Irishman producer wrote in the Instagram post. “Thank you to everyone who came and sent kind wishes! Thank you Lala for leaving the house for an hour and our beautiful daughter.”

The 30-year-old put her incredible postpartum body on display. Fans couldn’t stop raving about Lala’s look. Most of them talked about how amazing she looked after giving birth. “Omg she looks amazing after just having a baby,” one user commented. “How does Lala look like that after giving birth?” another added.

Of course, there were some trolls in the comments section. One said that they would not leave their home after giving birth. Then Lala and Randall’s fans defended the couple. They told the troll that there is no need to be judgmental. Randall did make it clear that Lala left the house for an hour to celebrate his special day.

Others argued that the couple is too “Hollywood.” Some critics think it’s “interesting” that the couple left their newborn baby at home. But their fans and followers think the naysayers are just being jealous. The mom-shaming already started and it has only been a few weeks since they welcomed their little girl.

On Thursday, March 25, Randall commemorated the occasion with a heartwarming post on Instagram. He reflected on starting his new family with the actress and model. Randall had some sweet words to say about Lala Kent. Then, he talked about his daughter, whom he shares with his ex-wife, Ambyr Childers.

“Today is my birthday,” he started his post. “And I find every day it’s less about me. Today I am so grateful for our beautiful daughter that was born just 10’days ago. Thank you, London and Rylee my amazing daughters you are who teach me what life’s true meaning is.”

He also went on to thank his “perfect fiance and partner in life Lala.” The film producer wants to spread more love and positivity. He also encourages his followers to do the same. However, that did not happen in his latest Instagram post.

What are your thoughts on Lala’s post-baby body? Sound off below in the comments.