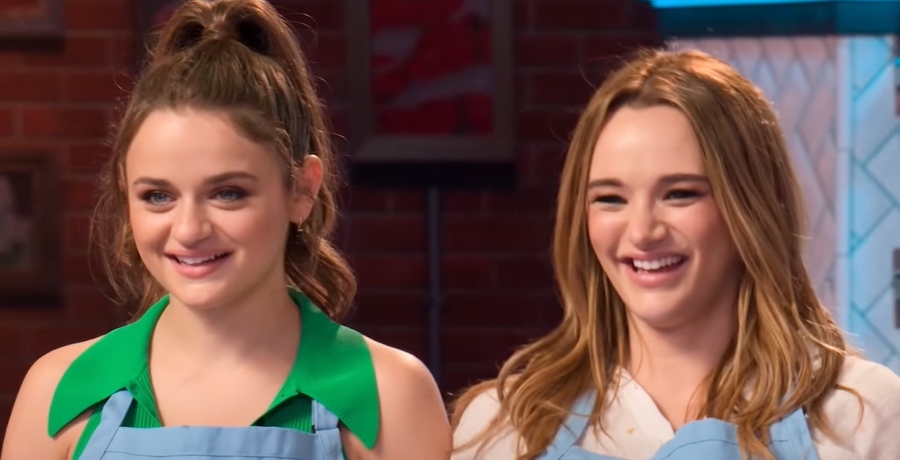 Out of sheer embarrassment, fans of Joey and/or Hunter King might have stopped watching the episode of Netflix’s Nailed It! featuring the celebrity sisters about halfway through. During the first half of Season 5, Episode 4, Joey and Hunter King receive the task of baking spiced donut travelers. Things take a rough turn for the King sisters when their donuts taste like they went swimming in a community pool. Unfortunately, the judges agree the young women used too much saffron. And, the donuts tasted like they were chlorine flavored. This, of course, resulted in the judges spitting the donuts back out onto their plates.

Nailed It! Season 5, Episode 4: Did Joey & Hunter King Redeem Themselves?

The cool thing about the Nailed It! competition is you can completely bomb the first round and still win the $10,000. You just have to do the final challenge (which usually involves a very detailed — and huge — cake). Those who don’t have Netflix or those who flipped to the next episode out of embarrassment… Well, you probably have a simple question. Did Joey and Hunter King redeem themselves? Did they go on to win this episode of Nailed It!

Well, as much as we at TV Shows Ace adore Hunter and Joey King… We pushed our embarrassment of the chlorine-flavored donuts aside. And, we finished off the episode.

What Decorative Cake Did They Have To Make?

For the final challenge in Season 5, Episode 4 of Nailed It! three teams of two had to make an air balloon cake. The cake had one person hanging from the air balloon basket. And, a second person hanging from the actual balloon. After Joey and Hunter King produced some pretty bad spiced donut travelers…. Fans of the King sisters did not have high hopes for them making this hot air balloon cake. So, how did it go? Did they win?

An opinion piece published on Pop Sugar about Hunter and Joey King’s air balloon cake noted the cake would haunt them in their dreams.  If you haven’t seen their creation yet — and you want to check it out — here’s a screenshot of their final “work of art” down below. 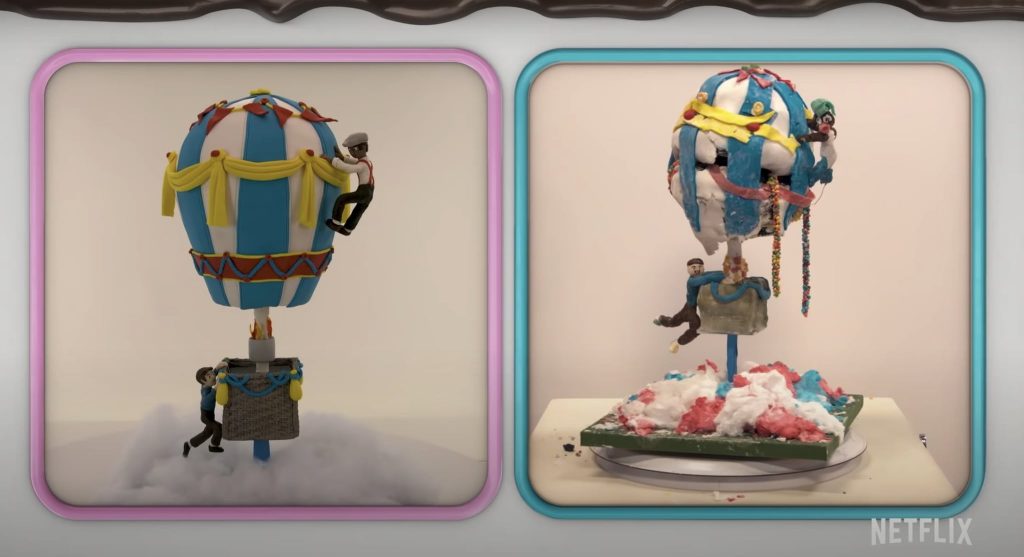 So, did this cake win? Well, the results of the challenge came down to who made the cake that tasted the best. Why? Each of the cakes stood up and looked — to some degree — like a hot air balloon. So, the judges made their decision on the taste. Surprisingly, it was Joey and Hunter’s decision to add a lot of candy to the cake that may have saved the day.

The peanut butter cups really sealed the deal for

So, Joey and Hunter King did end up winning Nailed It! during their episode. And, the win was surprising for everyone.

Did you enjoy watching Season 5, Episode 4?  Did Joey and Hunter King’s win surprise you? Share your thoughts with us in the comments.

Tiffany Franco Smith Goes In For Huge Surgery – What For?
Rick Leventhal, Kelly Dodd Are Unemployed With Health Issues
‘The Witcher’ Fans Want Netflix To Replace Henry Cavill GF Drama
What Does Jacob Roloff Do For A Living & Does He Still Live In A Van?
‘OutDaughtered’ Quints Experience A Really Bad Hair Day