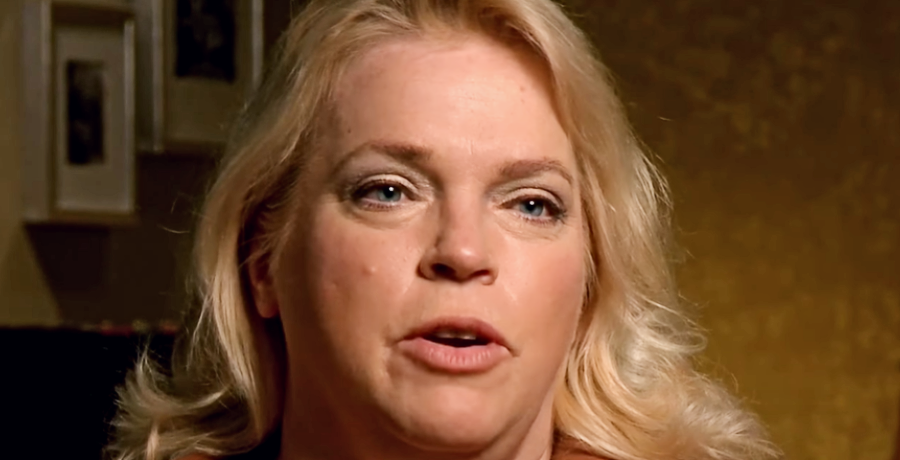 Sister Wives Janelle and Savanah Brown recently took a trip from Flagstaff, Arizona to North Carolina to visit Madison and her kids. While there, the family enjoys a day at the beach. Janelle Brown and Maddie Brown each share photos from a day spent at Emerald Isle. Throughout the course of these photos, fans and Maddie recognize just how strong Janelle Brown’s genes are. Keep reading to find out more.

Sister Wives Janelle Brown’s daughter, Maddie Brown shares a photo of herself with the kids, Axel and Evie at the beach. It goes without saying that the kids steal the show. Without a doubt, Sister Wives fans are enamored with little Evie. However, they bring up another observation. One that it seems like Maddie recently come to herself.

A quick scroll through Sister Wives Janelle Brown’s Instagram shows a bunch of faces with strong similarities to their matriarch. One of the most recurring features that seem most common among Janelle’s six biological children is her smile. Another common Janelle feature that her children have is her eyes. Some people may even argue, that it is hard to see any Kody Brown in these kids.

Maddie shares photos as evidence of how much she looks like her mom, Janelle

In a series of Instagram Stories photos, Maddie shares that she just notices how much she looks like her mom. In the first photo, Maddie is holding little Evie with the biggest smile on her face. The caption is adorable. “Evie was not having the photos… but please hold while I realize how much I look like my mom.”

The next photo in Maddie shares a photo from her mom, Janelle’s Instagram. In the photo, Janelle is posing with Savanah. Maddie captions the photo, “Pretty sure we are making the same face.”

Do you agree that Janelle has strong genes? Let us know who you think looks most like Janelle in the comment section below. Come back to TV Shows Ace for more Sister Wives news.

Lauryn ‘Pumpkin’ Efird Gives Birth To Baby Boy: See Photos & Details
Jeremy Vuolo Dotes On ‘Little Princess’ Felicity In Sweet Birthday Tribute
Dogs Only? Adam Busby Reveals Why His Girls Don’t Have A Cat
‘Y&R Spoilers : Who Kidnapped Mariah Copeland And Where Is She?
Carlin Bates Under Fire, Is She Abusing Her Dog?!