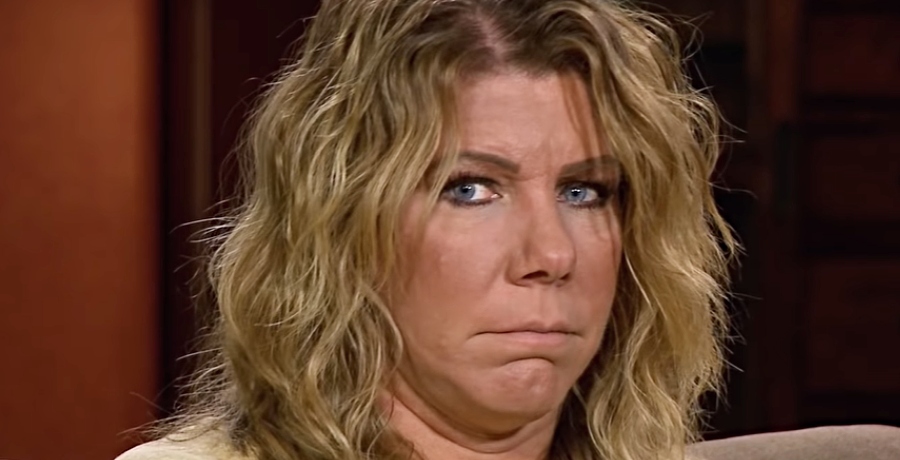 Meri Brown of Sister Wives imagines things wouldn’t change much if she got COVID. In fact, it sounds as if she feels the Brown family wouldn’t be bothered too much if she became sick with the virus. What brought up this topic of conversation? Keep reading to learn where this topic came from.

Sister Wives family asked what happens if someone gets COVID

TLC shared a promo clip on Instagram a few hours ago previewing an upcoming episode of Sister Wives. During the clip, the producers spoke with Kody and each of his wives about COVID-19. They questioned what would happen if someone within the family became sick. How would something like this work for the family? What would they do.

Kody and each of his wives spoke with the producers privately about the matter. Kody admits it wasn’t something he gave much thought to. It was Meri Brown’s response that tugged at some major heartstrings though. Turns out, it wasn’t really something she gave much thought to either. But, her reason was likely very different from Kody’s reason for not thinking about it.

Meri Brown suspects nothing would change if she got sick

The Sister Wives star was a little off-put by the question. She repeated the question back to the producers to make sure she understood it properly. What would happen if she got sick? Well, Meri Brown didn’t think much would change if she got COVID. She explained that she would likely just spend the next few weeks at home alone until she recovered. Would anyone take care of her? Unlikely. She suspected she’d take care of herself unless she got so sick she had to go to the hospital.

Meri Brown clarifies her way of thinking. She explains no one in the Brown family really comes to her house anyway. So, why would she expect — or want — that to change after getting a highly contagious virus.

Sister Wives fans are pretty open about their dislike of the way Kody treats Meri. They believe she’s been pushed out of the family. Many wish she would just move on with her life. Perhaps find someone new and special to be with?

“I understand that perhaps you marry a family….but if I were Meri….I have trouble seeing what keeps her in this toxic dynamic?” One follower penned in response to the video featuring Meri Brown’s answer to this question about COVID.

Another chimed in: “At this point they have both made it clear, they really don’t what anything to do with each other. Kody doesn’t even go and see Meri or stays the night at her house. Meri stays because she likes being part of the family and loves all the kids…but as for her and Kody, it’s pretty much over. To me… Meri actually looks at him with disgust, and I think she’s glad she is divorced from him, lol!!”

“That was heartbreaking!! It’s pretty clear who is the fav wife!!” A third added.

The general consensus is it was pretty heartbreaking to hear Meri’s response to this question. Would you be upset if Meri Brown got COVID-19? Share your thoughts in the comments.

Did ‘Sister Wives’ Christine Brown Defy Kody To Get Ysabel Surgery?
Everything You Ever Wanted To Know About ‘Temptation Island’ Star Erin Smith
‘Doubling Down With The Derricos’ Season 2 Teaser: Diez & Doctors
‘Sister Wives’ Janelle Brown Has ‘One Of Those’ Days
’90 Day Fiance’ Lisa Hamme Voted As Trashiest Cast, Denies Fans Drop