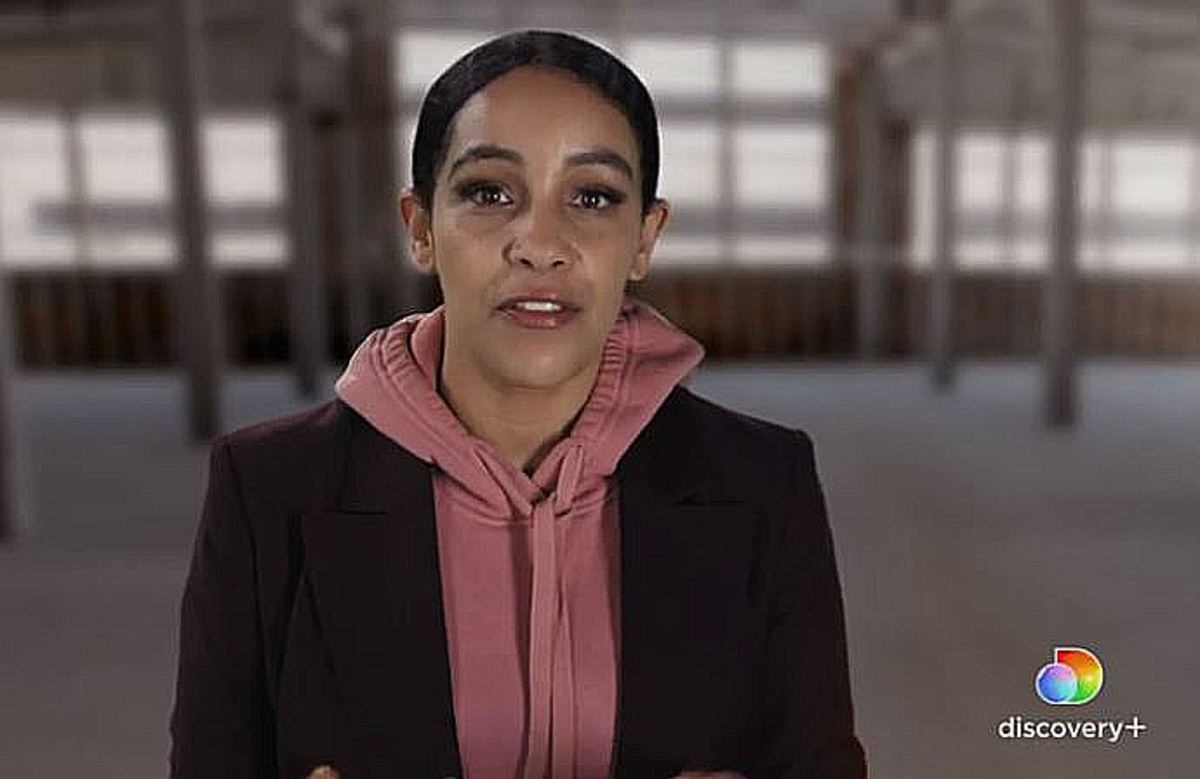 On Wednesday’s Undercover Billionaire for discovery+ Monique gives her business a sound to connect the community and boost her brand.

The three billionaires turned loose on Tacoma, Pueblo and Fresno have definitely left a mark.

This week’s exclusive TV Shows Ace preview shows exactly how Monique Idlett-Mosley is so savvy when it comes to not only creating a money maker but a viable and useful socially conscious business that addresses the immediate needs of the Black community of Tacoma, Washington.

Our clip shows her negotiating a soundtrack jingle and song to accompany her mobile and aptly named “Rooted” business that delivers healthy juices and fresh food alternatives to the food deserts of the community.

Monique says: “This isn’t about making money as much as it is about getting healthier options out to the community.”
But the community is turning out strong to show their appreciation by ponying up the bucks to buy the goods she is selling.

What happens in the Tacoma preview

Discovery’s second season of the hit show brought Idlett-Mosley to Tacoma with a car and just $100, following the protocol billionaire Glenn Stearns established in season one.

Except Idlett-Mosely is less real estate deal huckster like Grant Cardone and a lot calmer in demeanor than Elaine Culotti, who is creating an upscale gourmet retail deli in Fresno. Her successful million-dollar business must be accomplished in 90 days without revealing her true identity.

Idlett-Mosley has repped big names in music, from Kanye West, Timbaland, One Republic, Nelly Furtado, and Chris Cornell and T.I. She helped create a record label and co-founded Reign Ventures, an investment firm that focuses on start-ups run by women and minorities.

Her Always Believing Foundation promotes comprehensive wellness in girls by cultivating body, mind, and spirit through holistic-based initiatives. In short, she’s a kind-hearted badass who has the well-being of her community at the forefront of her mind.”

The Tacoma ruse so far has Idlett-Mosley “undercover” as Monique Lemai.

Her journey began with her meeting Senior Pastor Gregory Christopher of Shiloh Baptist Church where he arranged for her three nights board at the hotel, in exchange for volunteering at the church.

She never looked back and networked like a fiend, and in the early days of the series production she landed a job and came up with a business idea for a juice cafe, after making fortuitous connections with State Senator T’wana Nobles and Tacoma Mayor Victoria Woodards.

Monique explains her gameplan to get a sound for her business of selling healthy juices. “I mentioned to my friend Jessica from the courthouse square that I was looking for someone to produce a jingle for my reimagined ice cream truck.”

She explains to the two musicians who come to her that she wants to reimagine ice cream trucks.

Monique explains why she is selling the juices in a fun retro-style ice cream truck: “…I want to create a song. It is super historical, I definitely want to mimic it but in a new 2020 cool way.”

She adds: “Before I started Reign Ventures, I was the CEO of Mosley Music Group and helped to build it into a major player in the music industry.  I’m not trying to reinvent the wheel here, but I am just trying to reimagine it and so now I just need the right song
and the right person to help me produce it.”

Tune in to see how Grant fares with Matt, and also get updates on Elaine’s progress in Fresno and see how Monique’s progress rolls along in Tacoma.