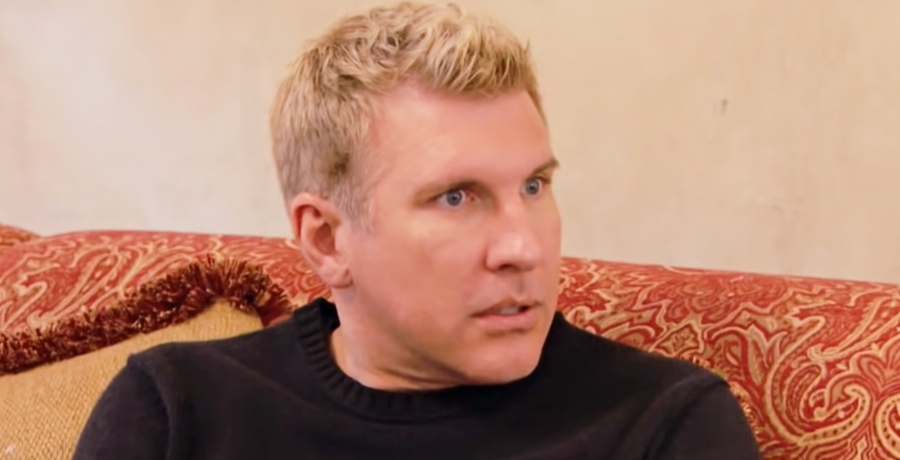 Chrisley Knows Best patriarch, Todd Chrisley, has taken to posting cryptic quotes on his Instagram page. Sprinkled between what seems like riddles are promo photos for Chrisley Knows Best and Chrisley Confessions. It may be hard for some to wrap their heads around what is going on with the reality television star. Some speculate this may have to do with his oldest daughter, Lindsie Chrisley. However, his most recent post has people concerned that he was stabbed, figuratively, or otherwise.

Unfortunately, cryptic posts seem to be the latest trend on Todd Chrisley’s Instagram. Multiple cryptic quotes are on his Instagram. Undoubtedly, this frustrates fans. There isn’t much context, yet, the quotes are poignant.
His most recent quote reads as follows. “It’s not the stab in the back that kills you! It’s when you turn around and see who’s holding the [knife].” Todd Chrisley captions the post with, “Now this is #TRUTH.” However, it isn’t clear what he is talking about. Who stabbed Todd Chrisley in the back?

Did a family member stab Todd in the back?

Consequently, it seems that Todd’s followers may be privy to some information. Either that or good at the process of elimination. More likely than not, the comments on this post are probably assumptive and full of speculation. One fan writes, “So true, double whammy when it’s family.” Maybe this fan is speaking from a place of personal experience, or maybe they are up to something. As far as Chrisley Knows Best fans know, the only person currently estranged from the Chrisley family is Todd’s oldest daughter, Lindsie. It is no secret that Todd loves his children, so it’s easy to see how being stabbed in the back by one of his kids would cut deep.

Sadly, Lindsie Chrisley is currently on the outs from the rest of her family. According to US Weekly, this is because people allege that Lindsie accuses her dad of attempted extortion. This is about all of the drama surrounding Todd and Julie Chrisley and the Georgia Department of Revenue. Julie Chrisley confirms Lindsie’s standing with the family in an interview. “We don’t have any correspondence with her. I wish her well, and you know, that’s it,” says Julie.

Astoundingly, the drama doesn’t stop there. There are rumors that in the wake of the fallout, Todd and Chase, made some raunchy claims about her. US Weekly reports that she files a police report with claims that they “were going to release a [a] s*x tape involving her.” Coincidently, this is about the time that rumors were flying around that Lindsie had affairs with The Bachelorette’s Robby Hayes and Josh Murray.

Could this drama with Lindsie be what Todd Chrisley is referencing in one of his many cryptic Instagram posts? Do you think Lindsie stabbed Todd in the back? Share your thoughts in the comment section below. Come back to TV Shows Ace for more Chrisley Knows Best news.