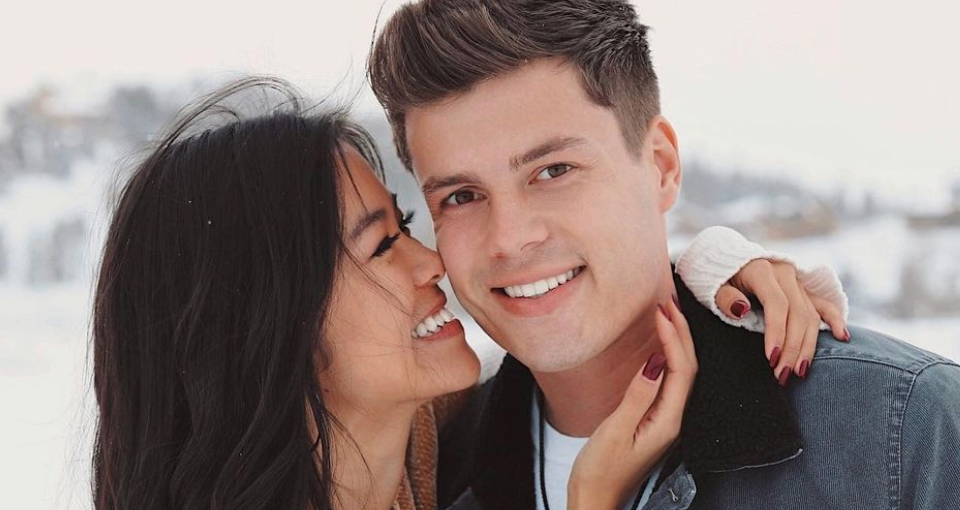 On social media, Tiffany Espensen, Lawson Bates’ girlfriend, shared a new selfie of them together. She sweetly writes, “God writes the best stories, and ‘us’ is my favorite.” Her caption on the black and white photo is simple, but it sparked a lot of conversation in the comments section. It seems like fans are eager to learn more about Lawson and Tiffany’s love story, especially after she mentioned their story.

Little is known about Lawson and Tiffany’s relationship so far. As we previously reported, they went Instagram official in February. It’s unclear how long they have been together and how serious they are. From their social media posts, they seem to be crazy about each other. They often share cute photos and clips of each other.

In the Bates family, the kids are in courtships. This is essentially dating with the intent to marry. It’s expected that Lawson and Tiffany will get married, but it may be too soon to know for sure. Plus, they occasionally have failed courtships. It’s just uncommon.

In the comments section of Tiffany’s post, fans are asking for more details about the couple. One writes, “Tell us your love story!! Can’t wait to hear how you two met!” Another says they hope to see the couple’s relationship featured on the show.

Of course, plenty of other fans are simply commenting on how cute the pair is. They love the new photo and think the quote that Tiffany used is sweet. Fans seem to be happy with Tiffany so far and like what they’ve seen from her on social media. It looks like the Bates family loves her too, as several of Lawson’s relatives commented and said that they love the photo.

Since the couple became Instagram official, fans have wanted to know more about Tiffany. They think she seems great, and they feel like the pair is perfect together. Perhaps Tiffany will feature on the upcoming season of Bringing Up Bates so fans can get to know her better.

So, do you look forward to hearing Lawson Bates and Tiffany Espensen’s love story? Let us know in the comments below.

For the latest Bringing Up Bates news, check back with TV Shows Ace. A new season kicks off soon, so get the details here. You can also catch the trailer here.