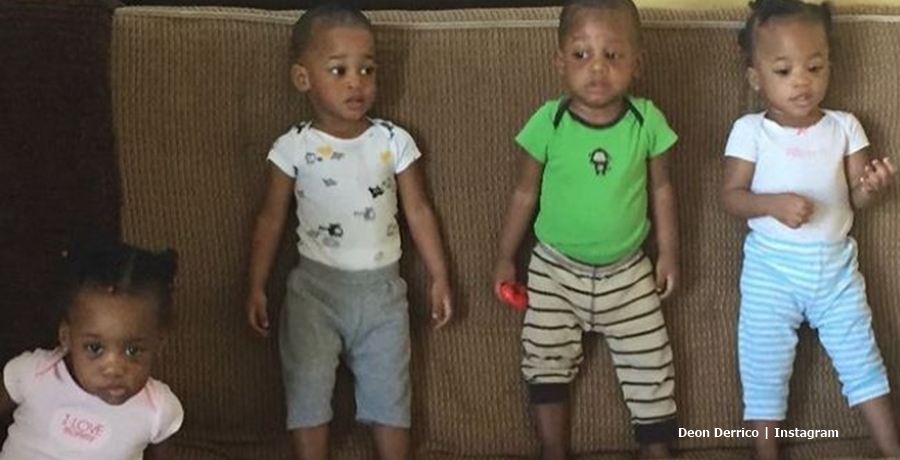 DDWTD fans eagerly await the premiere date of Season 2 of the TLC show. After all, at the end of last year, Deon Derrico said that he hopes the show returns. Plus, he told several fans on Instagram that he hopes he can “soon” announce the date of Doubling Down with the Derricos, 2021. On Monday night, very late, Deon posted about the show and fans briefly got excited. So, did he announce the premiere date or not?

We reported that Deon Derrico first mentioned another season of Doubling Down with the Derricos returning at the end of last year. At the time, he shared a post that revealed the family being honored by “The Las Vegas Commissioners.” Ever since then, TLC fans pestered him for a date. Both he and his wife Karen occasionally mention Season 2. But so far, neither of them seemed able to give out the exact date it starts in 2021. Some fans grow somewhat exasperated.

Just a day or so again, the DDWTD dad mentioned the premiere date again. It came in the comments of a post that he shared about his daughter Dawsyn. He told his Doubling Down with the Derricos fans that the family celebrated his daughter’s “Alive Day.” You might recall that the triplet arrived in Season 1 with a hole in the heart. So, she required surgery. Later, she also contracted COVID-19. Rumors swirled that the little mite passed away. However, that wasn’t the case. On the “Alive Day” post, fans asked about the Season 2 premiere date. Deon said that “very soon,” he will tell fans about it.

Deon made Doubling Down with the Derricos announcement- fans excited

Questions on Season 2 and any sort of date went on for ages now. Screenrant reminds readers that Karen Derrico mentioned the second season of DDWTD way back in September 2020. At the time, they presumed from Karen’s positive reply about the second season, that the story “picks up from where it left off.” That might come with “Dawysn surviving her year-long struggle with the love and prayers from her sweetest siblings.”

Impatient DDWTD fans now keep a keen eye out for the announcement. Brief excitement rose on Monday night. Deon took to his Instagram and shared a poster for the show. That brief excitement just turned into disappointment. It advertised Season 1 which now airs on “OWN.” One fan lamented, “got me so excited i thought you were announcing season 2 😂😂❤️.”

Another DDWTD fan commented, “I’m just waiting for S2 🍿🍿.”  Other fans also asked after it.

So, it certainly seems like nobody cares if OWN airs Season 1 or not. They just want that premiere date for Season 2 right now. So, it was false alarm folks. But, check back with us often because as soon as we know the DDWTD premiere date, we’ll let you know.