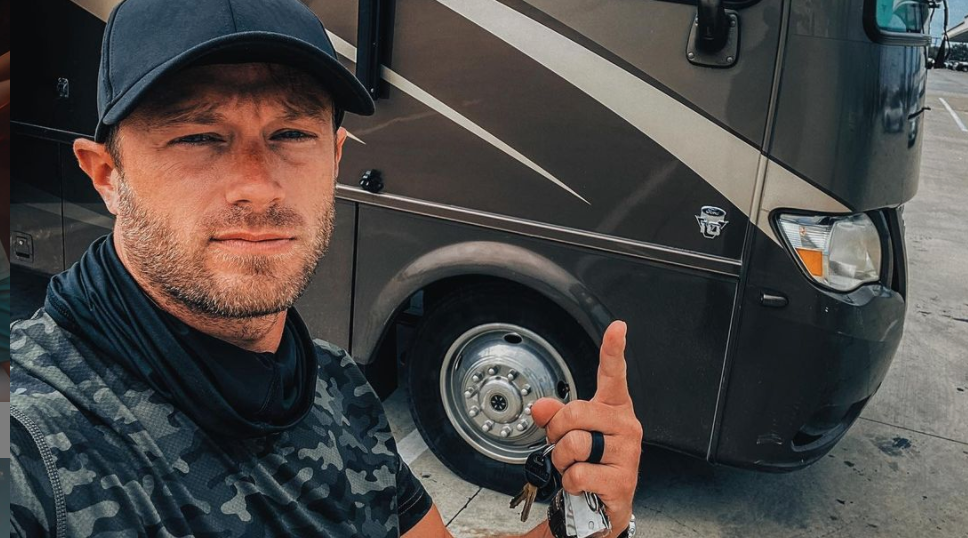 The Busby family’s show, OutDaughtered, is currently in Season 8. TLC viewers are in love with the Busby family and their six daughters. So, it’s no surprise that the show has lasted this long.

On his Instagram stories, Adam talks about how things are changing since the show wrapped up filming for the current season. He’s got more free time now, so he’s able to get more done that he’s been putting off. In his stories, he reveals that he’s pressure washing the house because it looks pretty dirty. He shows off the mildew and says it looks “terrible.” He’s also going to pressure wash the driveway soon. So, it looks like Adam will stay busy, even if the family isn’t currently filming.

In the clips he shares, Beaux even makes an appearance. Adam asks the dog if he wants to help, and he comes running over excitedly.

While the next season of OutDaughtered hasn’t been confirmed or canceled by TLC, fans are hopeful that it will return. It does pretty well and gets the attention of many TLC viewers, so it wouldn’t be a surprise if it comes back. In that case, Adam won’t have much of a break before it’s time to start filming again.

As we previously reported, fans got a little nervous when they saw a photo from the Busby family that included a sign that reads, “the end.” Fans were concerned that this meant the show is coming to an end. Of course, the show is well-loved, and fans don’t want to see their favorite show get canceled.

Though the Busby family hasn’t responded to these comments, it looks like Adam was simply sharing a photo from a recent episode of the show. In a recent episode, the kids reenacted Adam and Danielle’s love story. Naturally the play ended with a “the end” sign. So, fans can rest assured that the show is still on for now. Fans will have to wait and see whether TLC renews the show for another season.

So, are you excited for what’s to come from the OutDaughtered family after Season 8? What do you think of Adam Busby’s latest project idea? Let us know your thoughts in the comments below.