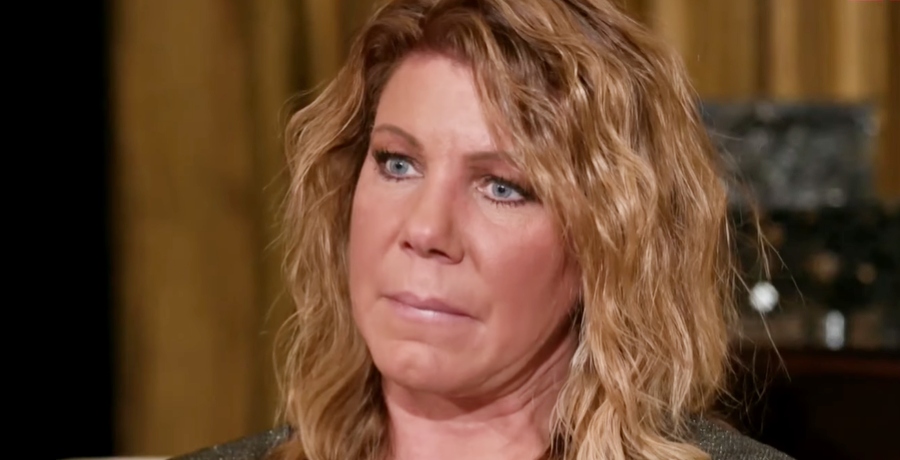 For several years now, Sister Wives fans watch as Meri and Kody Brown’s marriage keeps falling apart. There is plenty of speculation and rumors about what is going on between the pair. While the exact source of the drama is unknown, the other wives share that it is “heartbreaking” to watch and “spills over” into other relationships. It seems that some Sister Wives fans have a solution. Keep reading more about their idea for a Meri Brown spin-off show.

Sister Wives fans are vocal about their thoughts about what is going on between Meri and Kody. Fans loyal to Meri are concerned, to say the least. Some have even started a #freeMeri movement on social media. One concerned fan shares a clip from a recent episode. The tweet reads, “The heartbreak on this womans face says it ALL!!”

The heartbreak on this womans face says it ALL!! #Meribrown 💔💔💔💔💔💔💔 #SisterWives pic.twitter.com/B5icvp5AMO

Team Meri fans came up with a unique solution. However, it may be kind of a stretch. Some fans would like a show that’s all Meri, while others would be okay with a show with all the wives. However, they stipulate that they’d have to dump Kody. Not only that, these particular fans don’t seem too fond of Robyn either.

However, there does seem to be a fan base for all the wives. One fan tweets the following. “In my opinion, Kody is a douche canoe. Can we have a show with just the wives? Preferably ALL of them finally dumping his a$$ and high [fiving] each other.”

In my opinion, Kody is douche canoe. Can we have a show with just the wives? Preferably ALL of them finally dumping his a$$ and high giving each other? #SisterWives

Interestingly enough, the fan does suggest a catchy show title suggestion. For their solution, they recommend “Meri Moving On.” According to their tweet, this recommendation is because they’ve “begun fast forwarding through any scene with [Kody and Robyn] in it.” And another fan proclaims the same. “Meri needs her own show on TLC about her new life WITHOUT (sic) Cody,” tweets the fan.

Hey @TLC instead of #SisterWives could we have Meri Moving On? Or just cut Kody and Robyn from the current show? I’ve begun fast forwarding through any scene with them in it.

Ultimately, even if TLC was down with a Sister Wives Meri exclusive spin-off, it’s hard to tell if Meri would be on board. For example, Meri recently took to Twitter to vehemently defend her title of “the first wife” when people came at her. Could that be a sign that there is a glimmer of hope yet for Kody and Meri Brown?

Would you watch a Meri Brown spin-off show? Let us know in the comment section below. Come back to TV Shows Ace for more news about your favorite TLC stars.