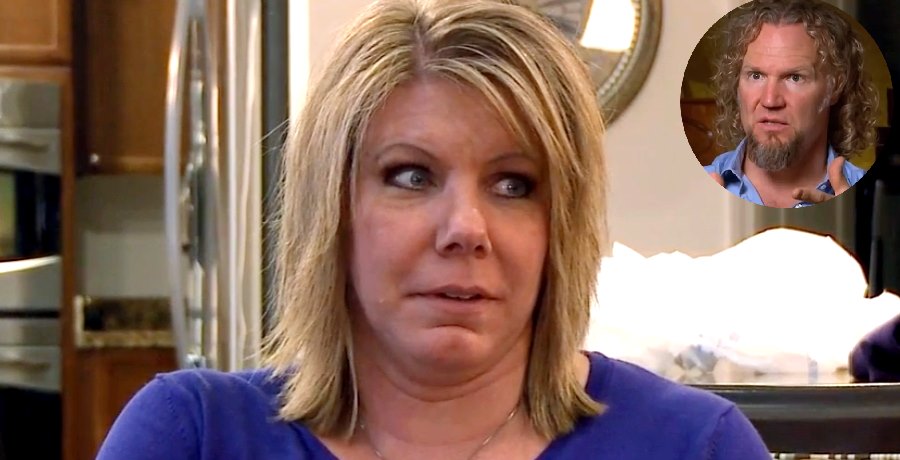 Sister Wives fans are pleased to follow along with their favorites from the show on Twitter. While it shouldn’t come as a surprise, the drama doesn’t stop at the end of an episode. Unfortunately, it carries over to Twitter. Oftentimes, it seems like members of the Brown family have to defend themselves. Read on to find out what Meri Brown has to say after tweeting along with the most recent episode of Sister Wives.

It goes without saying that Sister Wives fans are all too familiar with the highs and lows of Kody and Meri’s relationship. Initially, things seem to be going great for the fundamentalist polygamist family in the hit TLC show, along the way something led to the couple seeming estranged. Ultimately, this leads to a lot of speculation about the causes of the tension between Kody and his first wife, Meri.

Notably, Sister Wives viewers don’t see everything that goes on between Kody and Meri. However, they see enough to feel comfortable enough putting their opinion on social media for Kody and Meri to react to. For instance, on viewer gives their opinion in length on Twitter. The viewer inquires about why Kody Brown “looks so miserable every time he’s with/talks about [Meri].” Stating the obvious, the Tweet goes on to acknowledge that the couple is on TV.

And this is where it gets interesting. This next part likely pushes buttons. “It’s sad that you show America what a jerk you are and how little you care about what was once your first wife!” Shockingly, the remark doesn’t stop there. The viewer concludes with, “You should be a better example of a man.” In a final jab, the tweet has the hashtag #DoBetter.

For some reason, people on Twitter just can’t leave Sister Wives Meri Brown alone. In response to the lengthy comment above, Meri keeps it short and sweet. She simply says, “I mean, I’m still his first wife… soooo…” And she ends the response with the shrugging emoji. However, the interactions go on for a few more tweets.

There seems to be some confusion with people that follow Meri on Twitter. One tweet in response essentially asks Meri what her point is. The tweet further says, “He is allowed to tell the world he isn’t interested in you anymore.” And luckily for those watching this drama unfold, Meri responds. She says “I was responding to someone who said I ‘was once his first wife’. I mean, that will always be the case.”

While this should seem like a shut and close case, two more people get in on the drama. They write, “So having the title of first wife is worth more to you than being treated good as a wife? Meri you deserve so much more.” To this Meri points out that she doesn’t mention anything about the significance of the title, just that she is Kody’s first wife.

Did one comment pour salt in an open wound?

Finally, another person brings up the divorce. They write, “But remember you divorced him!!” Meri rebuts with her thoughts on this statement. “But…how does that automatically make someone else his first wife?? I don’t get it. No one else got married to him before 1990…” Hopefully this clears the air about all of the confusion about Meri being Kody’s first wife. Only time will tell if people on Twitter will give this topic a rest.

Given how defensive Meri gets about her marriage with Kody, some fans may wonder if there is hope for the couple. Sadly, these last couple of years have been trying for them, but maybe they are making changes for the better. Do you think things are getting better for the couple? Let us know in the comment section below. Come back to TV Shows Ace for more Sister Wives news.