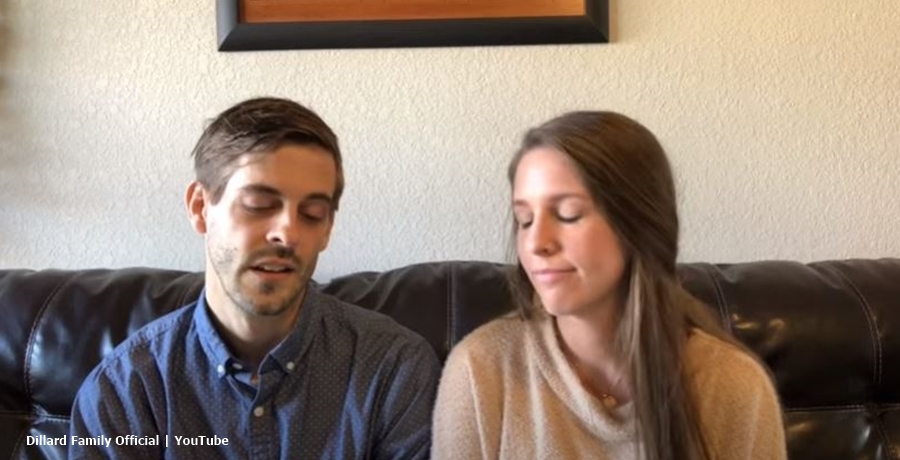 Jill Dillard & Derick took to YouTube on Sunday, March 23, and did a long Q&A. There, they talked about things like whether it felt awkward going from “side hugging to marriage.” And, they mentioned raising a future daughter to be “independent” of men, if they have one. The Counting On alums also seriously discussed religion, Planet Earth, and science. And Derick admitted that there are not answers to every question found in the bible.

Jill Dillard & Derick talk about science and the bible

Recently, the posts by the TLC alums focused on their new rescue dog. In fact, they turned to God and prayed when the pup first arrived. After all, it kept them awake like most of the night. Finally, they sorted it out. And these days, some very happy photos and clips appear on Instagram. But this weekend, they turned their thoughts to some serious philosophical and religious issues on YouTube. Their rather interesting chat devoted a large part of it to science and the bible.

Of course, fans know the TLC alums planned on reading the bible front to back when they first married. And, while Jill Dillard & Derick don’t shove their religion down the throats of fans, sometimes Duggar fans ask them questions. One very interesting question that came in asked, “You’ve expanded much of your thinking…curious, how old do you think the earth is?” Actually, fans know that Jill loves a discussion or debate. So, it seemed that she liked the question. Mind you, Derick answered most of it.

Why ask about how old the earth is?

Jill Dillard & Derick actually faced a rather controversial question. Live Science explains that a Gallup Poll revealed an interesting fact: “Four in 10 Americans believe God created the Earth and anatomically modern humans, less than 10,000 years ago.” While fossils and geology might prove otherwise, some Christians argue for their stance. And, let’s face it, the Bible doesn’t specifically say what date humanity and the Earth began. Mind you it talks about six days. However, many people conclude that possibly, that doesn’t mean literally six days.

Jill Dillard & Derick answered it reasonably. But Derick admitted not every single question about life has an exact answer in the Bible. And that’s probably interesting for Counting On fans. After all, many Christians believe every single literal word they read. Jill said that they often discuss the question about life on Earth. Meanwhile, Derick said they rather “discuss than argue.” After all, he “wasn’t there when the Earth was made.” However, Jill says that while they believe the bit about “six days,” they also “believe in science.”

Jill Dillard & Derick said that sometimes they “agree to disagree” on science. And Derick said he doesn’t “know how old the Earth is.” However, he also said that he hasn’t had “enough time to form an opinion on Earth.” Nevertheless Jill “believes in a young Earth.” Her husband made it clear that they do hold their own opinions. It’s okay to have an opinion. However, if the bible says something, they take it as given that “it’s true.” Nevertheless, he also stated that “we don’t know everything from the Bible.” And, he asked if “that makes sense?”

Finally, Jill Dillard & Derick agreed that “not every question’s gonna be answered” in the Bible. Did you enjoy their discussion about religion and science? Would you like more debate from the Counting On alums? Sound off in the comments below.

No Longer Boy Crazy? Scheana Shay Gets The Life She Wants
Danielle Busby Brags She’s Not A Regular Mom, She’s A ‘Cool Mom’
‘Below Deck’ Kate Chastain & Ben Robinson Get Cozy On The Couch
‘Dexter’ Revival: Release Date, Cast, What We Know So Far
See New Photos Of Lawson Bates Like You’ve Never Seen Him Before